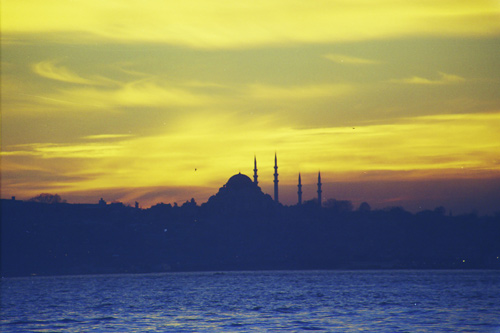 You cannot exclude Religion when speaking about Terrorism – 26 Jul 16

After writing yesterday’s blog post about terrorism, I had the feeling that there is one aspect which didn’t quite fit in with yesterday’s message but at the same time is important to the reason why these attacks happen at all: it is religious terrorism! Again and again it is Islamic terrorists, suicide bombers, attackers that kill dozens, hundreds and thousands of people! You cannot pretend as though religion didn’t play a role in this!

Islam is very clearly the religion that these criminals follow and it is teachings of this religion that give them the idea of such cruel actions in the first place. It is not only a disturbed or depressed mind in anger on himself and the world but it is a systematic infiltration of minds that leads to humans committing such crimes! There is an intention of people who use religion as a reason for killing and murder!

When I hear politicians talking about this aspect of attacks however, they often try to avoid the core of the issue. They claim this is not Islam, the religion, at fault and they blame people who change the message of an otherwise ‘peaceful religion’. I don’t agree with this. I don’t think Islam is peaceful.

Once more we have come to the topic of religion and I tell you again that in my opinion, everyone should have the full freedom to believe whatever he or she wants as long as no other people are affected, insulted or injured. At the same time however we clearly see that religions in general and Islam in particular do affect others!

You cannot close your eyes in front of the fact that there are believers of religions promoting hate and spreading fear. In the name of gods that they claim to be just and fair! How come you can still believe in a god that would allow, yes, ask for such crimes? You cannot just wave it off and say ‘that is not really god’ because these people look at the same scriptures and teachings!

I believe to really stop such horrible acts, we have to go against religion and every teaching of it that promotes violence. If you sit down and pick apart the messages of different religions, you will find that a lot of them contain lots of violence. In today’s world, we don’t need this. Stop spreading outdated messages or anger and pain. Open your arms to others of all colour, background, caste and religion – only like this we can improve the situation in this world!

Media Should Not Create Stories that Ruin Lives – 5 Jan 11