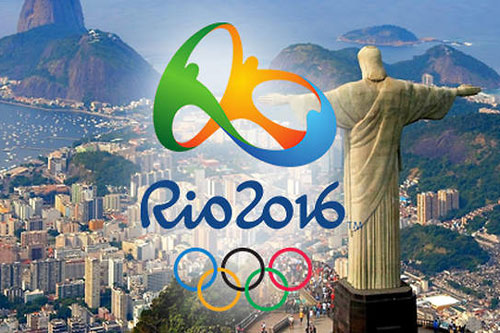 So the Olympic Games in Rio, Brazil have started. A huge sport event each time, wherever on the world it takes place and people show their excitement by waving flags, posting on social media and of course watching TV to see how well their country’s athletes perform. Whenever I see such a batch on facebook however, I wonder whether the person posting knows at all what has been going on there before the start. I doubt it – otherwise there would be at least mixed feelings and not this enthusiasm that is for sure!

Obviously, a country applies for becoming host of the Olympics because they get a certain amount of benefits. The biggest of these is that a lot of tourists coming to the country bring business to the country. Another one is that infrastructure is improved for the games – and of course exists for the people of the country after the games, too! Towns are cleaned and made beautiful and some more bigger and smaller advantages compared to regular life.

In Brazil, things went a big different. One reason for this may be the big amount of corruption in that country which, similarly to India, blocks some very good initiatives and spoils the effect.

There were, for example, plans to clean the waters where boating and swimming competition will take place – because they were full of sewage water when the plans of the Olympics in Rio started. Unfortunately however pictures, reports and water tests today show that nothing much happened. Athletes are advised not to open their mouth to avoid diseases – ugh!

Coming to the point of infrastructure, you can see from the mere fact that stadiums were not ready until two days before the opening that things didn’t really go as planned in regards to infrastructure either! Cycle tracks had been built and broken down, transportation systems had not been extended as planned and more. Additionally there have been reports of workers being kept at slavery-like conditions!

Everyone going to Rio for the Olympics faces another issue which is not of small importance: life is not secure at all! There are already reports of athletes and visitors getting robbed at gunpoint – not something you would like to experience when going to this kind of event, is it?

It is no wonder that the people of the country itself are protesting! Protesting against the government and the games. Against corruption, neglect and everything that causes problems in their daily life. Because while the Olympic Games will be in town for a bit more than two weeks and Rio will do its best to shine, they will stay living with all these dangers and disadvantages which athletes and tourists will only keep as a negative memory! People work long hours for getting nothing in return, slums are growing with crime spreading like wildfire, children have little to no chance for education, malnutrition is too common and child labour normal for those families who simply need the money for survival! Corruption and violence come from police and government alike, making people disillusioned about any help they could get. It is a dire situation.

We cannot close our eyes to all of these facts and just see the glitter and glamour that the hosts and organizers want us to see! We have to see the whole picture and realize that at least there is one benefit: this event shows us what is happening in Brazil and that things are not all rosy there at all! If we want to support our athletes and enjoy the games, we should also see the background of the venue and the situation of people there. If there is any way we can help, we should. And be it just by telling people about the situation and raising awareness in this way.

Should the Commonwealth Games in India be Cancelled? – 23 Sep 10