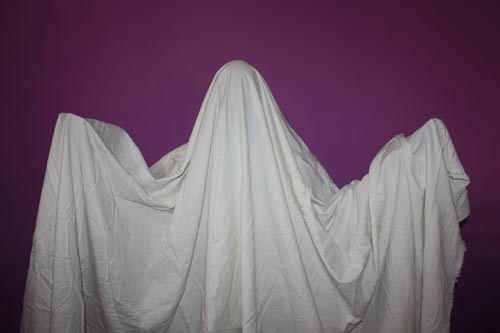 I already told you that I got to know quite a lot of esoteric people in 2005, western gurus, clairvoyants, channels, shamans and many more. I was several times surprised about the many strange things that people believed in. I knew that a lot of Indians were superstitious and believed in ghosts and such fantasy beings but until that point I had thought that there would not be a lot of western people of the same mindset. I did however meet a surprising amount of educated westerners who believed in such nonsense. And a lot of people who supported those thoughts and sometimes even made money out of it. Until a certain level, it did not bother me much – after all everyone is free to believe in what they want – but then there was one incident during which I had to doubt how gullible people thought I was.

One evening I was sitting together with a group of people who had stayed after an event. I think it was a meditation. They had all come to my programs for the second or third time and were very interested in India, my philosophy and just being with me, so I had invited them to stay a bit longer and talk. The center where the meditation had taken place was just next to my organizer’s home where I was staying, too, so there was no rush for getting back. My organizer had already retired to her house but as we were not far, we could sit and enjoy the evening as long as we wanted.

The soft music that had been playing during the meditation was still on and we were just enjoying talking about different philosophies when suddenly the lights and the music went off. The next second everything came back on again. We were looking at each other in surprise. In India it would not have been anything to wonder about – there are power cuts all the time. In Germany however, I had never even witnessed a flicker, electricity was supplied throughout the day without interruption. My friends said well, maybe sometimes it can happen, rarely, when there is any bigger problem. Probably something had broken and they had to switch from one line to the other in the power supply. That was the explanation which satisfied us for the moment.

We started talking but after two minutes, it happened again! We looked at each other and waited. There – a third time everything went off. This was not normal anymore. We got up to check what was happening and maybe to ask my organizer if she had noticed something like this before. When we left the meditation room however, we heard the front door close and looking out of the window I saw that a dark figure was running away. I looked closer and thought I recognized that shape, that way of moving – hey, that was my organizer running across the lawn towards her home! And yes, there she opened the door and the light shining on her face from inside the room cleared my last doubts.

Of course I had not been the only one who had seen her and there was an awkward feeling about the room. Everybody looked from the window to the door and to the fuse box, the door of which was still slightly open. What should one say to one’s guests in such a situation? We decided to call it a night and said goodbye to each other.

When everyone had left, I went over to the house, where I found her, busily reading a magazine. She greeted me, pretending to be surprised about seeing me. I asked her straight out: “Why did you turn off the electricity from the main switch?” Another fake look of big surprise: “No, that was not me! I was here the whole time! But I know,” – she lowered her voice – “this sometimes happens there. I believe it is some souls that have not found the way to the light!”

I guess my look must have been a stare of disbelief, incredulously wondering whether it made sense to argue. I decided it did not. If she was able to stage such a show, she would not just back down and admit that it was her anyway. So why to argue? I decided to just leave the topic but I made it very clear that I did not believe in such things. A strange feeling, a funny situation. Another lesson for me: there are not only superstitious people but also those who put up stunts to fuel superstition even further!