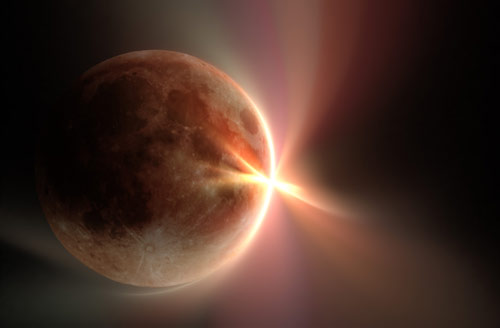 Religion has existed for many centuries, no, even thousands of years ago people had religions. Those were religions different from the ones we have today. Think of the Greek Gods or the Roman Gods with their mystic stories, the Native Americans with their spirits and the Aborigines in a completely different part of the world. All these people, whether they lived in tribes or had started something that we call the ‘beginning of civilization’, spoke of Gods, demons, beings and spirits, something that we today call their religion. How come this was happening all over the planet? Because of fear.

Yes, it was fear that made them invent supernatural beings for very natural phenomena. They did not have an explanation for what was happening just naturally. Many of these natural events made them afraid because they killed people or destroyed their property like thunderstorms, floods, earthquakes or also contagious diseases like chicken pox. These and others caused trouble, pain and death and so people were afraid. But there were also natural phenomena like the rising and setting of the sun and the moon or sun and moon eclipses which did not harm them but which made them afraid because they simply did not know anything about them. What if the sun would not rise again the next morning? Or why was it suddenly getting dark in the middle of the day?

This is how the imagination of an unknown power started. There had to be something that controls all these things that nobody could explain. For some of them, it was one God directing everything that happens on the world. For others, it was several Gods, one for the sun, one for the moon and so on. In any way, it was something magical, someone or something that you cannot see, touch or communicate with and so they had to accept the only explanation they could find.

So once this idea was established that there is something or someone supernatural, magical, who actively controls all those catastrophes and nature in general, people thought they had a chance to at least try and communicate. Praying to those Gods started. Rituals were done and offerings were made. Maybe it worked through just a natural cycle or maybe by the strength of their willpower but they could not have known that and thought that their offering had had its effect. This is how rituals were established more and more.

But sometimes it didn’t. There were some people with whom it always seemed to work while others seemed to be never successful. This is how they made some people priests or medicine men, the ones who were in charge of communicating with the Gods or higher beings. They were thought to be special and were highly respected by the people in their surroundings who believed they could keep dangers away from them.

So you see, this all happened ages ago, in a time when people did not know what we know today. Religion was a tool to explain the inexplicable. Today we know that we don’t have to be afraid of thunderstorms and we know how diseases are spread – and how to cure most of them. We know that the sun will rise again tomorrow – because the world will keep on turning, just as it has turned for thousands of years. We know that it is the moon on its natural path crossing in between the earth and the sun that causes a sun eclipse. We know about the strength of willpower and what a human body can do in extreme situations. We know also about the limits of our body and our mind.

So when we know all this, why do we need religion? Why do we turn to priests, gurus or modern masters who are called by others or who call themselves enlightened? Why do we let some people exploit those who are illiterate and don’t know about science, physics and biology? Why do some, who even know about this all, still choose to rather belief a few cheaters, magicians and fraudsters? And why does religion, when we know this all, still cash in on false beliefs, create superstition and like to see people in fear?

You are living in modern times, you can take the advantage of what generations before you have researched, studied and found out. Value and respect their effort by leaving superstition and religion. Accept nature as it is and realize that you are responsible for your life. Take this responsibility and live your life.