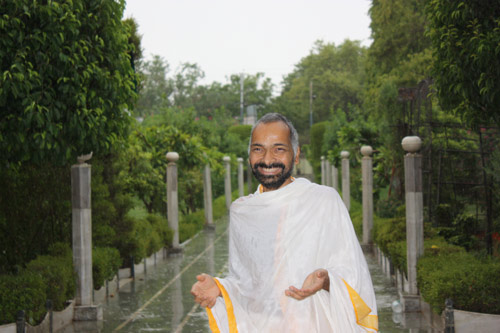 I yesterday mentioned atheism and said that they are also only a group of people who believe the same thing. They believe that God doesn’t exist and they say it mostly with disdain, making fun of those who could be so stupid to actually believe this. Today I would like to put in a few thoughts of mine about the atheist belief.

The very first point that has to be said is that you atheists, most of all, should tolerate people who have a different belief than you. There was a time when people were persecuted because they believed in the wrong form of God or in no God. In that time you would have been one of the persecuted. So I think none of us really wants a time to come in which everyone gets persecuted who believes in any God. It is fine to have fun and I agree, there are some beliefs about which an educated, intelligent person cannot think anything else but that they are ridiculous. You need to however accept that others believe in that.

I have heard atheists say that God is only a thought. It is only a creation of the human mind and is an idea that has no further existence. First human was on this earth and then had the thought to create God. In general I agree with this point and I am happy that there are people who say this. In most religions it is believed that God created human, so he was there first and before people or even this earth was there.

I don’t believe this and I also don’t agree with religion saying that God is in a certain temple, a statue or comes to you if you do certain rituals. Whenever you limit this ‘God’ to such actions or places, corruption starts because there will be someone who owns the place or who sells services for getting closer to God. In my eyes you don’t need to fix God to a certain name, shape, colour or a place like Jerusalem or Vrindavan. That will only create problems.

I want to ask the atheists though, what would you call this thought that creates God? An imagination? Maybe. But even if it is only a thought, where is the problem in having a good thought? It is a good feeling if you don’t extend it to controlling others, convincing others or manipulating them.

I believe that it is not only a thought, it is also a feeling, it is love. And that is why in my eyes it is nothing far away from you, nothing that belongs to a place or has a name or likes to be with people of a certain nation. No, in my eyes it is not sellable and cannot be pleased with rituals or angered with sins. Nothing that you have to write down in scriptures or make rules for.

Just a thought, a feeling, an emotion. Just love.

My First Experiences with Chatting, Computer and Internet – 10 Apr 11

Accidents, Weddings, Death and other Reasons why Indians cannot keep their Word – 24 Jan 16