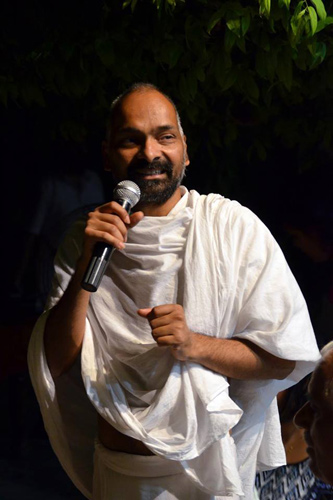 I have been writing a lot about atheism in the past week and I definitely still have a lot of ideas and thoughts for this topic which I would like to share with you. At this point however, I have to think of my readers in the west. I know that for many, the discussion whether there is a god or not is actually not really important. And this is something that I would like to explain my Indian friends while simultaneously telling my western friends why it is an explosive topic here in India.

It is a fact that for a whole lot of people in the west, religion and god is not very important. They may grow up in a religious frame, be baptized, then celebrate a Christian ritual in puberty, the confirmation, and then also marry in a church. They may also go to church on Christmas and Easter. Apart from that however, their lives do not include the question of god and religion very much. In their daily life, they may not think of god at all, no matter what their basic attitude is.

That’s how, when two such people meet, their belief is not a question. They don’t care much whether the other one believes in god or not because they don’t think it is important. In a family, parents can easily accept if their son tells them he doesn’t want to go to church anymore or only wants to marry in court, not in a church. A daughter may, in the same way, just go along to church on Christmas, even if she doesn’t believe in anything the priest says.

In India, it is very different. Here, the question of belief separates families! Belief plays a huge role in daily life and the more traditional and religious people are, the more your whole childhood has been divided into religious festivals, celebrations, ceremonies and rituals. There are days and weeks to fast, there are days to go to temples and there are others when you don’t. You have to remember certain rules as to what you can wear at certain times and which gestures and words you should use so that you don’t hurt religious feelings or make god angry. There is a deep belief that your soul’s wellbeing depends on all of this!

So when a son announces that he does not believe in God, parents get worried, confused and angry. Friends cannot understand it and common activities stop because nobody wants endless discussions and even fights! People end up cut off from their old lifestyle and surroundings, having to search completely new social circles.

That’s how this discussion is so important here. It is about your daily life, not only about two holidays per year. It is about the basics of your attitude. And that’s why I feel I have to talk about it – because people are afraid of it!

I have also turned from a believer to an atheist. I feel that many of my Indian friends have become more distant or our friendship even broke. With my western friends however, I have not made this experience – with most of them, I feel like it doesn’t matter at all! It seems as though the person is more important than the belief!

I have said before that the world would be a better place with more atheists. This is not actually much about the question whether you believe in god or not. And that’s how it is important for people all around the world! But more about that tomorrow.