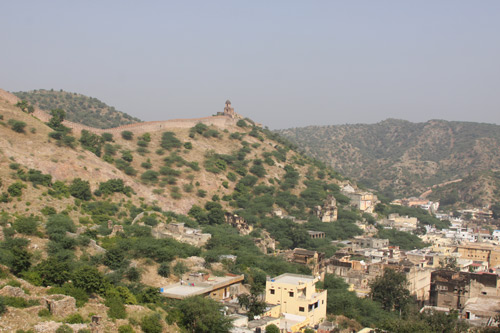 When I reached Australia in the beginning of 2007, I obviously had already a few places to go to where I knew people who wanted to organize my program again. Of course there were also a few new organizers whom I met for the first time but also many people whom I met again after a year’s break. One of these friends was a man who had even come to meet us in India in between. And I couldn’t believe what he told me when we had the time for a lengthy talk!

My friend had known my sister, as he had been at our Ashram just before her accident. So obviously we spent a bit of time remembering her. Then however he told me that he was excited about a new chance in his life: he had heard of a new investment scheme that could give you many times the amount of your money in very short time! A person whom he knew had invested there and had told him that he would soon be rich because of his investment!

I don’t remember what it was exactly but I believe it was a kind of fund for gold digging in South Africa. Someone had told my friend that there were just investors needed and once the gold was found, everyone would get back a lot more than they had invested.

When listening to this I was stunned: we have a lot of this kind of scams going on in India. I had heard and read so often about it, I could easily see the pattern that all of these fraudulent ideas follow: get many people to give up their money by promises of quick wealth. What shocked me was not the scam in itself, but the fact that this also happened in Australia and obviously there were people who fell for it as well!

One of them was my friend. I asked him ‘You didn’t invest in that, did you?’ already fearing that he had done exactly that. And yes, he had. ‘You know I don’t have a lot of money but I invested my savings.’ He went on to tell me about the things he was going to do once he would be a millionaire and tried to convince me of joining this infallible scheme.

Obviously I was not interested at all in losing my money by handing it over to cheaters. I also told my doubts to my friend but of course he didn’t want to hear anything of it.

I had understood however that there are fraudulent people everywhere around the world and unfortunately also those who fall for them. The only way to avoid this is to realize that nobody just comes out of nowhere and sends you money like this. You need to work to earn your money!