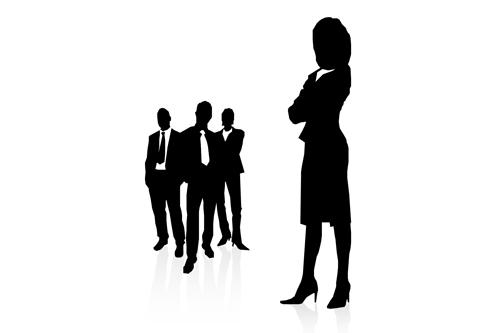 After reading yesterdays’ diary entry, someone told me that I should not be too surprised about the reactions of our guest’s colleagues. After all, she was a woman and obviously doing her job better than her male colleagues. Women in such positions hardly get the appreciation they deserve. This feedback was very interesting to me and I would like to further explore it.

First of all, there is the statement that management is still a domain dominated by men. There are women in management and in many countries also in high posts but the percentage is still showing that more men reach to the high management posts. Let’s talk about the reasons, such as pregnancy and motherhood, at a later point and let’s concentrate on the consequences.

So there is one woman among a team of, let’s say, ten men. She manages to get better figures in statistics than all of them, while in the minds of these men there is still the thought ‘How could a woman do my job?’ Yes, this thought, this belittlement of women, unfortunately still exists. Society in general thinks of certain work fields as ‘male’ and others as ‘female’, even though big steps have been made towards gender equality.

Coming back to management, men however think that women cannot be as hard and tough as they can be. It is not their nature. They hesitate shouting at their employees. If that is the case and if this toughness shows when you yell at your employees, get loud and treat them as inferior, I believe we should really promote more women into management positions. If men cannot, by nature, control their temper, then women have to come to higher posts and show that there is a way to lead a team without degrading and humiliating others! That you can be strict without getting loud. That you can be polite and nice while leading the way to success.

By having more women in higher posts, the other problems would immediately be solved. Nobody would think that those jobs are made for men. No men would thus be hurt in his pride if a woman got better results than him! And no man could thus tell a woman how to better do such a job.

I know that there are many women in the west in good positions who may not face such problems or maybe just the slightest feeling of not being as much respected as their male colleagues. It happens though and whoever has experienced how a coworker made her feel incapable of doing her job as well as he would, knows what I am talking about.

While it is much better in the west, where the movement for empowering women has had lots of success already, the situation in India still looks very different. There are not many women in leading positions of big companies. The number of working women overall is very low.

You can thus imagine their situation – accepted in low positions, cheaper than male employees and not trusted with difficult tasks.

There is still lots of change necessary around the world. In western and eastern countries. In order to get equality, respect for everyone and a better working atmosphere. In order to have more happy people.