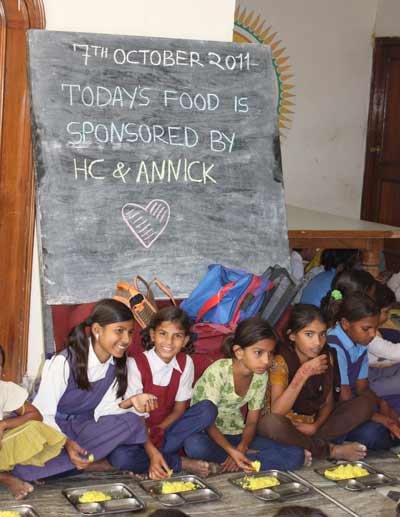 Yesterday I told about a case of a man who wanted to sacrifice his children in order to get Siddhis. Siddhis are however not only something which crazy religious fanatics try to achieve. No, many gurus pretend to have Siddhis and like to show them off to their followers who believe them instead of realizing that these are only simple magic tricks.

I have written about Sathya Sai Baba many times and explained how he did cheap magic tricks in order to attract his audience. And they believed that he has the Siddhis to materialize ashes, gold and silver. If he has this power, what else might he be able to do? There are so many people who believed this man to have supernatural powers and this is why they followed him and made him grow richer and richer.

When I was in Germany this year, I talked with a German woman on phone who had been involved with another Swami in South India. She admitted that what Sathya Sai Baba had been doing was only fake and wrong. At the same time however she believed that her former guru had real Siddhis! She told me about it and I have heard stories about him of other people, too. He makes statues bleed only by the power of his mind – or so they say. This woman told he did rituals in which he cuts himself in the flesh and throws pieces of his own meat and his blood into the ceremonial fire. Such rituals are described in the scriptures of some traditions of Tantra and are often done for the Hindu God Shiva and Goddess Kali. Both of these are related with death which you can often see in pictures of them. One of Shiva’s names is Kaleshwar, which means the God of time and death.

When the woman saw that he does such ceremonies, she was convinced that he must have Siddhis. How otherwise could he hurt himself in this way and take this pain? Why would he do this if he didn’t get anything back?

This woman actually was disappointed by her guru. She had been with him for a long time and had a lot of stories proving that he cheated many people, that he is a fraud, that he had promised many women he would marry them, that he sold artificial jewelry for thousands of Euro to his followers which they later found out to be fake. She nevertheless believes that he has Siddhis! When she left his organization, they threatened her and she was afraid but she kept on believing in his special powers.

Such gurus just impress people with their shows and make them believe with simple tricks that they have Siddhis. Only in this way they are able to exploit them properly because the followers fully believe in their supernatural powers and are afraid of what could happen if they said anything against those gurus.

I asked this woman to write her story and expose this fake guru but unfortunately she did not have the courage to come out and say his name in public. I have received an email from another person who also was disappointed by him but did not want to expose him because he himself was looking for Siddhis. I wrote about this man, too. I still have emails in which the guru’s name is clearly written but I decided not to write it until there is a victim who wants to expose him.

I believe in future there will be someone who will be ready to expose him. I know there are many who understood that he is a fraud, if you are one of them, you know it. Please come out, write and tell your story. You are the ones who have experienced it. I know the name but I will only point it out when I hear from someone who wants it to be revealed. There may be many others like you and by writing, you can save them from making the bad experiences that you made. I was waiting for someone to write me his story until now but as there has been nobody, I thought I post this here to encourage you to post your story in a comment or send it by email.

Don’t be afraid, nothing can happen to you, there are no such things as Siddhis! Speak out without fear and don’t let those gurus cheat more people by claiming to have supernatural powers!