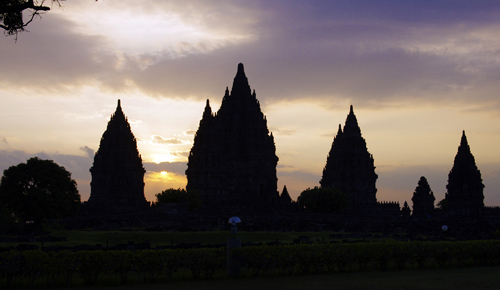 No Difference in Faith and Superstition – Lose the Faith in your Faith! – 5 Jul 13

Obviously it is religious people and people with faith in god who say such a thing. Why? They don’t want to be called superstitious! They don’t like it when I say religious acts are acts of superstition. For them, putting a flower at an altar is faith while hanging lemon and chili at the door, which is done against evil energies, is superstition. For me, there is not much difference in between the two – both is done with the belief that there is some supernatural force responding to this action. You are told to trust in that although there is no proof to it. You should pray to someone whose existence is still in question. You call that faith, I say it is fiction.

In the same context I was once asked whether it would thus be superstition to go to a temple. I said you can answer this question yourself! What is a temple? It is a house or a room, the walls adorned with silver and gold, in the middle an altar with a throne on which you can see a statue, often of stone, sometimes of silver or gold as well. You go there, put some food in front of it and ring a bell. You have been doing this your whole life long and you know very well that the plate with the food has never been touched by god. The food never got less. Nevertheless you still claim that god ate it and now it is holy prasad for you that you can eat and offer your guests – and eating it will be beneficial. If you didn’t offer it to god, the food would not be as good. Isn’t that superstitious?

The whole concept of going to a temple is superstitious! Your faith tells you god is omnipresent. If that is so, why do you have to go to a building made by people to meet him? Why does god need servants there who, at least in Hindu temples, feed him, clothe him, bathe him and take care of him? If they don’t take good care, if their hands are dirty or if they do a mistake in their service, they believe it is bad for them. Isn’t that superstitious as well?

All this is part of your ‘faith’ but I just showed you how you could call it superstition, too. I tell you one more thing: your faith tells you not to argue with people like me. Read your scriptures, it is written there! Why? Because you won’t be able to prove anything anyway. Believers however never learn this lesson. They argue and after two unsuccessful attempts, they have to retreat and say something like ‘God’s ways are mysterious’ or ‘It is about the love in the heart!’

No, they won’t learn and that again is a sign of superstition. There is no proof and that’s why you have to keep on believing, no matter how illogical it seems and how often you are proven wrong!

Faith and superstition don’t seem as different from each other now anymore, do they?

Have you accepted being unhappy in your Relationship? – 11 Jun 14

Can a Friendship turn into a Relationship? – 18 Jan 09