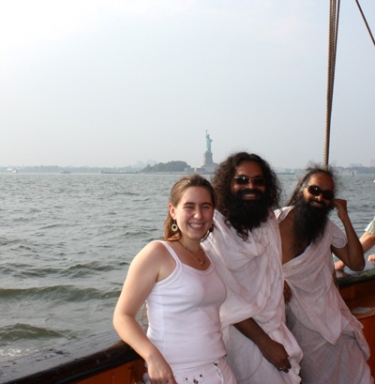 Today in the morning I asked Ramona a little bit about the history of the Native Americans, the American Indians who were here in this country before people from Europe came. She told me what she knew and I found it very similar to what happened in Australia to the Aborigines. When I was there people told me that the natives of the country have not been even seen as humans by those who arrived on the coast of their land. And this is how so many were killed, they were suppressed, a whole culture was driven to a small area of the country, only a fraction of the land in which they had lived for many generations. What Ramona told me in the morning sounded so similar that we thought about it how this could happen and that there might be several more examples for this in human history.

It is horrible and you see these great cultures now, how their people don’t have hope and how their lives are ruined by alcohol and drugs because they don’t see a perspective for a good future. I would like to talk about the Native Americans with someone from here some day because I got to know a lot about the Aborigines when I was in Australia.

In the afternoon we went to do the tourist sightseeing tour in New York. We went to see the statue of liberty and walked a lot around the city.