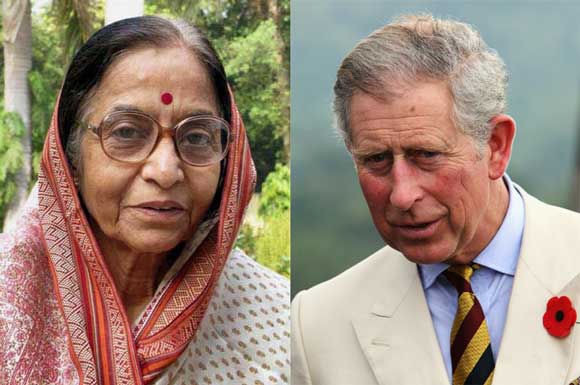 The Commonwealth Games 2010 are planned to start in Delhi on the 3rd October, in only three days, and will go until the 14th October. I already told you about India’s preparation problems and how difficult it seems to be to organize these games in all this corruption. Many top sports people will not participate but the ‘CWG 2010’ will take place in Delhi.

There was a big discussion about who should do the inauguration and finally they have now reached a conclusion. They will do a compromise and do a joint inauguration with Prince Charles and President Patil together. He will read the Queen’s message and together they will declare the beginning of the games.

I still want to ask why? India is a democratic country and the whole world is going towards democracy. All these former colonies, Britain’s slave countries, are now democracies but they still keep the tradition of playing these games with traditions that symbolize the rule of the royal family! Even in Britain, a constitutional monarchy, the parliament has more actual power than the royal family.

India decided to be a democracy, free from Britain’s rule. They fought for it for hundreds of years! Why does the Indian government have to compromise? I think they should be proud of the freedom that so many freedom fighters have achieved! So many people have sacrificed their lives, thousands were tortured, defamed and killed. Many lives have been lost in the fight for this democracy. If these freedom fighters could see this decision today, they would be crying. They have fought so that we, our generation, those who are now sitting in parliament, can now live and enjoy freedom in our own country. Where is the respect for their fight for equality and their success to free this country?

Why does India’s President have to stand there with a member of the Royal Family? I think, if the governments of all participating countries sent their well-wishing messages and read them out at the inauguration, it would be fine and Prince Charles could be one of them. Of course all sports people would be happy to receive the Queen’s wishes but not as a person superior to all of them in order to remind the representatives of all these countries that they once were colonies with the royal family ruling over everybody.

Anyway, in the end it is all drama, the whole setup of these games. Again I would say, there has been so much money spent on this which could have been spent for those who really need it. Today again, we will go out to distribute food to the flood victims. We have ordered bread to distribute in the schools and at other places to support people and give them something that lasts for a while and fills their stomachs. They don’t care much about the big sports event in Delhi. They care about what they have in their hands, mouths and bellies and we care about them and want them to have full bellies. I will write you tomorrow in detail about today’s distribution but there is already good news: the water levels have gone down about three feet!

Does modern Technology spoil or enhance your travelling Experience? – 23 Aug 12

Love your work to avoid wasting your Lifetime – 21 Jan 15

A Message for Beginning Yoga Teachers – 30 May 09