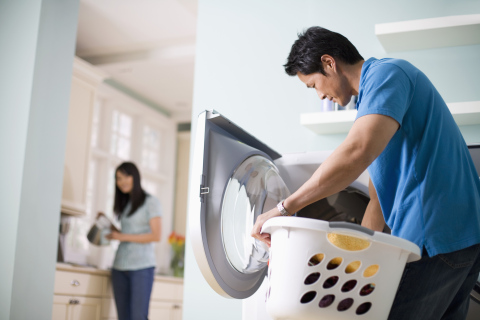 When I was yesterday writing about the school book that suggested you should be scared of at least one family member, which would mostly be the father, I had to reflect on gender roles a little bit. I came to the conclusion that even in modern countries, people still struggle with what they are ‘supposed to do’ simply because they are either a man or a woman.

Obviously, in India, the traditional distribution of tasks according to gender is still very much in place. The man is the provider for the family. In a lot of families, women only go to work if they absolutely have to so that their family can survive. Even among the poor families of our school however there are also some of those fathers who would see it as a big shame if their wife worked and contributed to the family income! That’s how they would rather go to bed hungry than letting their wives go to work. And that is the case even if the woman is more than willing to go and earn money!

Of course, in India, many women still stay at home right after their marriage and when they have children even though they have completed studies at their university. They have master degrees but because they are women, they have the task of taking care of the house, bearing children and raising them.

In the west, too, however, I have seen that both women and men still are not at ease with completely leaving these roles. I believe it is completely fine if a woman wants to be at home after being a mother and raising the children. If it is financially possible as well as something that makes her happy, I would encourage that. At the same time however it should be just as fine if her husband decides to do this instead! She goes to work and finances the home while the husband does the tasks from washing the laundry to doing diapers!

Unfortunately, men who decide to take this step are very often laughed about. Their efforts are belittled – which only shows how very little you actually respect women who do all of this work! You still think the work that is done at home is less important, less difficult and can be done by someone not qualified to do the ‘higher work’, the one that earns money! What a nonsense! The best cure for anybody who thinks like this would be to just try it himself! Take the challenge and show me how you can clean the whole house, go shopping, cook for the complete family and wash everyone’s clothes with two toddlers running around you!

Isn’t it unbelievable that still today, 15 years into the 21st century, there are a lot of people thinking it is unmanly to wash your own clothes and cook your own food, not to speak of feeding your offspring, those who will one day do the same for you?

It is the same reason why people think men should not cry, the same reason why in the west you will see women walking arm and arm but not men. Why showing affection is something reserved for women and alcohol is the solution to problems instead of talking about your own feelings!

Stop putting too much pressure on a man’s shoulders while not valuing and respecting a woman’s abilities! Women have their own burden to bear – but more about that tomorrow.