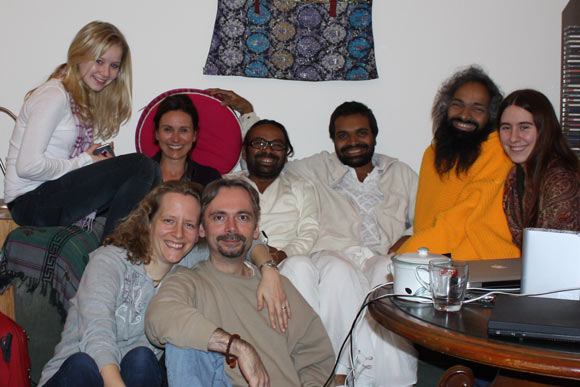 If Contraception Kills Life, Abstinence and Celibacy Do, Too! – 25 Nov 10

Pope Benedict XVI now allowed Catholics to use condoms in very special circumstances. These circumstances are very limited and don’t include using a condom only as a contraceptive. You can use it if you want to save life, if you have AIDS and don’t want to spread it. If you use it as a contraceptive, the Catholic Church believes that it is a sin because you actually kill a life in the process of creation, you are acting against God’s purpose – so they say. The problem thus is killing life before it happened.

With this explanation I had to wonder about the church’s general stand on sex. Sex is okay between a married man and woman as long as they don’t use contraceptives. But life can actually only really be created when the woman is ovulating, when she is in the fertile period of her cycle. Only then, the egg can be fertilized. If a married couple has sex on any of the other approximately 25 days of the month, all this precious sperm gets killed! Is that against God’s purpose, too? Should a couple that is strictly following the Pope’s suggestions only have sex five to six days a month?

Following this thought, it is a really bad thing that even if you have sex in ovulation time, only one of those millions of little guys has to reach the goal, all others are destined to die! Oh, but wait a second – didn’t God destine them to die? All except one who makes the run and actually starts the real creation of life.

Let’s stay with the idea that the Pope gave us for solving all problems – celibacy or abstinence. Okay, if someone is even abstinent from women but needs some relief and does hand-practice in the bathroom? Then, also all sperm will die. If someone very strictly follows the Pope’s rules and never masturbates but has wet dreams? Then, too, all the sperm comes out and dies. This happens naturally, you can ask any teenage boy. But maybe the solution for this would simply be to go to church and confess. What can you do about this anyway?

If this is the theory however, what should women do? If the egg that their body produces is not used, if conception does not take place, the egg will also die and it will be discarded. Even celibacy is not a solution then! Each nun kills one egg each month. She is doing this by not having sex and not getting pregnant. As a conclusion women should try to become pregnant each time they ovulate. Is this what the Catholic Church wants to tell us?

I think we leave this topic with these thoughts, everybody has his own opinion and I think I made mine clear.

If you had a close look at the picture already, you may have noticed that we are now in Germany. You may be surprised because I did not mention it before. This time it is going to be a short trip only and I will let you know the reason for this tomorrow.

2 Replies to “If Contraception Kills Life, Abstinence and Celibacy Do, Too! – 25 Nov 10”

Stinky and polluted Delhi gives me a Headache – 31 Jan 16

Children – a Nuisance or Teachers of Fun, Laughter and Happiness? – 16 Sep 13