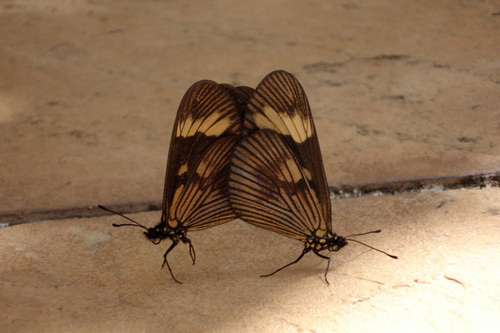 I yesterday mentioned that the topic sex is still a big taboo in India. Even within a marriage, the two partners often don’t talk at all about sex. They do it, as it is a biological urge and their duty as well to reproduce. They also enjoy it – who wouldn’t? But they don’t talk about it. Even in the west however, I have talked with a lot of people who feel incredibly shy and even guilty when it comes to talking about sex!

I have given counselling sessions to a lot of people over the course of the years and obviously, there have often been issues which had their origin in suppression of sexuality. This suppression is not only merely physical but happens first of all in the minds of people! The basic idea that sex is something morally condemnable is the problem.

You can see and pick which one is your level – but in my eyes sex is never something you should feel guilty about as long as you don’t hurt anybody. I am completely against cheating on your or another person’s partner but as long as you are just enjoying sex, be it with your partner or another person who wants to become intimate with you, I believe there is nothing wrong. In the consequence, any feelings of guilt are misplaced and wrong!

Enjoy your love life, enjoy having sex, enjoy being physically close to someone and think back on those experiences with joy – not with guilt! Don’t spoil your memories with this ugly feeling that doesn’t bring you anything! Love life and with it all its physical aspects as well!

In a close Friendship there are no Formalities – 5 Apr 12

Why are Westerners fascinated by the Philosophy of Reincarnation? – 1 Dec 11

Stop comparing yourself to others and be happy! – 26 Aug 13