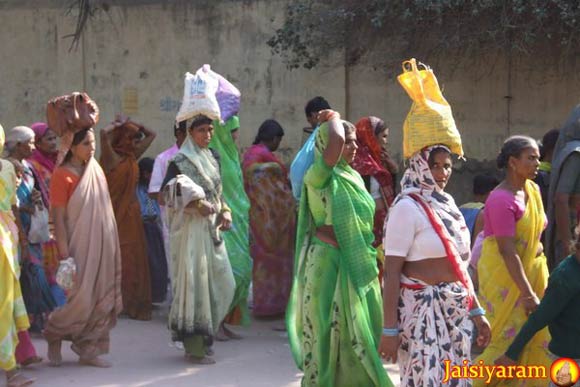 You know that while I am in Germany I keep on reading Indian newspapers online and stay informed about what is going on in India. In the last days I have noticed that there are so many really bad news about one topic that I thought I would like to mention it here, too. Here are some of those headlines:

Father rapes minor Daughter and shares her with 100 Others

Daughter kills Father while keeping him from raping her

Women pulled off street into Van and gang-raped inside

You could keep on writing this list with more and more similar news. When I read all these, it pains me and makes me very sad. What is happening? We claim that this country has a great, ancient culture, that it is the most god-conscious country, that it has brought some of the greatest saints and philosophers of all times and that still today, it is the place on earth where you can find spirituality everywhere. We have great women in the history of our country. We praise the strong family relations where everybody takes care of each other and nobody is ever alone. But still, the safety of women and girls is obviously so little ensured that there is more than a full page of news of how they were raped and sexually abused – by relatives and complete strangers alike.

This happens everywhere and in every other country but in most countries not as much as in India. Obviously, India is a very big country and has a big population but if you take the average and just look at the ratio, India has a high rate of sexual crimes against women and girls.

We may hear of those cases in which women and girls are actually raped or murdered but the newspapers don’t write about the sexual harassment that is happening every day. Women are touched inappropriately in public places and at home. They walk on the street and men shout vulgar lines to them, insulting them or prompting them to have sex with them.

What happens in those cases? There is a man who sees a female being. What comes in his mind? He does not see her as a human, as a respectable person. He sees that she is a soft woman, an easy target to satisfy his sexual urge. If it is a child or teenager, it seems easier but in the end it does not matter whether it is a one- or two-year-old baby or an 80-year-old woman. Such a man’s inner attitude towards women is reduced to their own sexual urge and so they see women as an instrument which they can use.

How come they have such an attitude towards women that they actually only think of her genitals when they see her? They imagine how it would be to have sex with her. I believe that in India we have a great problem of suppression. The whole topic of sexual intercourse and any kind of sexual activity is so suppressed that there is nothing else that these men can think of. They don’t have any natural outlet for their thoughts, feelings and natural urge. It is so taboo that they are not even supposed to think of it. What happens is that they don’t think of anything else. You cover and you hide, you don’t talk about it. Men who don’t have strong willpower and have experienced this suppression of their natural feelings a lot can commit this kind of crime. And there is not the question whether that man was educated or not – rapists come from every background.

We call India an enourmously spiritual country and in this complete religiosity we hide that there are such issues that need to be addressed! If someone has sex with another person without being married, it is such a big issue, the worst sin that you can commit. If that person was from another caste, honour-killing can even be the consequence. Still today, there is not enough awareness about this topic, people are against sexual education, they don’t even want to mention to their teenage children that something like sex exists. They curse the open sexuality of the west and tell that there, everyone has sex with everyone else. They don’t see that this is not true and that there is more awareness about such crimes in western countries. There are not that many men who act like evil. Controlled and suppressed sexuality explodes in this way.

I don’t advocate adultery or having sex with the next-best person you can find but Indian people need to relax a bit when this topic is concerned. And religion plays a major role in this suppression. If you don’t allow sexuality to be suppressed, it will not explode in this way that much anymore.