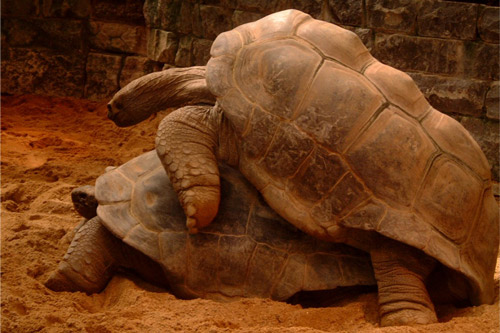 In the last days, I have been telling you of Ashrams where sex is forbidden, of disciples that have sex in those Ashrams although it is forbidden and of course about gurus who have sex but won’t admit it, again because it is forbidden. Forbidden by themselves. Due to the stupid idea that sex could somehow be bad.

I stick with this: it is stupid to believe sex in itself could be bad. Or, on the reverse, that it could be good to force yourself to a life in celibacy! Sex, the physical action, is the result of a natural physical need: the urge to reproduce. Additionally, it is often combined with the need for human closeness, both physically and mentally.

Sex in itself, however, is not.

It is the beautiful union of two people. It is an exchange of touch, of physical love as well as emotional one, of giving and receiving, exploring each other deeply within, trusting with the most intimate desires and wishes and an expression of love.

A person’s natural urges however have a big power and by controlling them, people in the past have always tried to take control over others. The urge for sex has been a very popular one to be controlled and religions across the globe have toyed with it! For thousands of years, priests of many religions and others of high posts in churches, temples and similar places were required to remain celibate. To suppress their natural urge.

The result is however not a bigger energy for other matters or a clearer mind, as it is sometimes described. That person also doesn’t have any greater powers just because he or she suppressed his or her desire! No, the result is abuse as we have seen it in all religions across the world! Priests molesting young children in their care, gurus abusing their disciples and so much more!

Of course religions won’t abandon thousands of years of this tradition. You however, the sensible, reasonable person reading these lines can make a conscious decision: you don’t need to follow any guru, priest or leader and especially not those who are preaching celibacy. A lot of them are not sticking to this themselves either and even if they do – why would you?