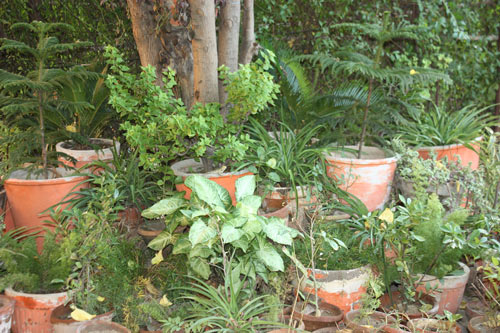 Today I would like to once more write about those two topics that many spiritual people fully condemn as worldly pleasures: money and sex. I consider neither of them as bad – but I feel the need today to write about the difficulty of combining both.

For a big time of the year, we run retreats at the Ashram. There are yoga classes, meditations, Ayurvedic massages and treatments and lessons in Ayurveda. A woman once participated in a retreat and after a week or two, Yashendu, who was leading the retreat, had a bit of a strange feeling. This woman seemed to want some more of him than just yoga classes!

You know that feeling that you first believe you are imagining things but then the other one gets more and more obvious in his attempts. Well, Yashendu understood but did not want to take this offer. She was interested – but he was not. In the end, she actually got very obvious and by the time she left, Yashendu was having inner conflicts: she had practically told him that she would love to give a bigger donation and to support our projects in a bigger way if she really enjoyed her time with us. Or with him.

He understood what would be the best way to make her enjoy her time. She was single, he was a single – but he was just not interested in her!

We ended up receiving her blessings and best wishes for our project. Obviously we took that as well with happiness – but a big donation wouldn’t exactly have made us sad either!

Oh well, but now don’t get me wrong again: I am not blaming this woman for anything.

As a person with money, she tried it in the way that she thought would work – but well, it didn’t, even if we may now think back and joke that Yashendu should have made at least a little sacrifice for our charity work! 😉