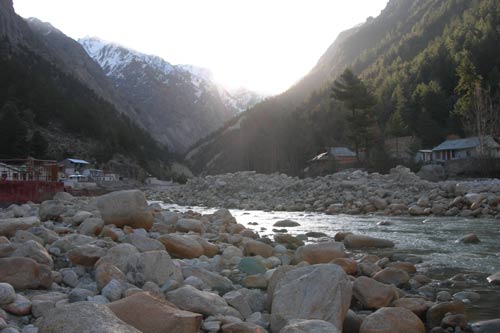 Day before yesterday I wrote that many people hesitate to tell their opinion and to say what they really feel because they have learned something else and, most of all, because their complete surrounding, their community and the people with whom they live and interact all believe the opposite. They are afraid of being different, afraid of making this step out of the protective environment of what they are used to and people who do, think and say the same like you.

I can understand the hesitation and I believe it is just normal and natural. People by nature want to be with others and we have unfortunately learned to believe that life is easiest in a group in which we all have the same interest and share our opinions – or at least when the most important topics are concerned. Being different, thinking something else and acting in another way can make us an outsider. Or so we think. In reality however, it just makes you stronger and much happier.

I have done this several times in my life and I keep on continuing voicing my honest opinion even if it is different. I have lived the life of a guru, I have studied Hindu scriptures, I was religious and I did my rituals every single day. After my time in the cave however I knew that this was not anymore what I really believed in, as you may have read in my Sunday diary entries in which I write about that time, I left my role as a guru and slowly turned away from religion. I was aware of it that I actually leave thousands of people who believed in me as a guru. I knew that there were a lot of others, who were religious and with whom my belief did not match anymore. I told them what I thought. I told them that I don’t believe anymore what I believed before.

The reality is, and I have to say it very clearly, that many people left. I have lost contact with really a lot of people because our belief and interests are just not the same anymore. Some were angry that I changed and broke away with a big bang, with others it seemed as though our relation slowly fell asleep because there was not much to talk about or share anymore.

At the same time however I want to tell you that there are real friends, who accepted my change, who were fine with the fact that I believe something else. They may still believe what I believed before but they accept me as I am. And some even changed along with me over the years. I explained often how I felt and why I felt how I did. People who love you will understand.

Having a different opinion does not mean that you judge the others for what they believe in. You believed in it before, you don’t do now, that is okay. You cannot challenge belief anyway. There are things which you cannot argue about and you don’t need to, either. You might think now that something that they do is wrong, although you did it before, too. They cannot understand it however until they also come out of that belief. It is just normal.

So if you feel different than your surroundings, don’t be afraid to say so. Don’t be afraid to act differently. It won’t make you an outsider. If it does, the people did not really love you and it is okay not to be with them anymore. You have to be honest in order to feel good about yourself. And you will see – there are many with the same belief like you out there in this world, you just need to open your eyes and dare to come out of your old thinking. Do it, you won’t regret it.