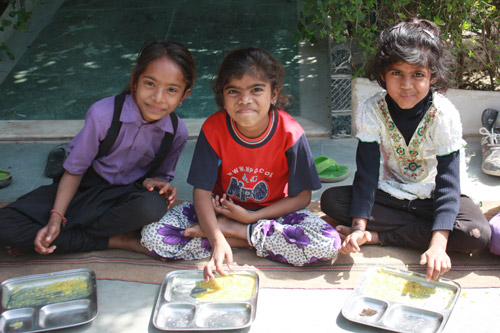 In yesterday’s blog entry, I explained our experience with a local school that offered to take our children and the subsequent disappointment when they gave us a cost which was far beyond what we could pay. We inquired in several more schools and what we found just reconfirmed something we had actually already known: in India, education is a huge business!

Education, running schools, has really become an enourmous industry in this country with so many children and young people! It is a complete business model for small, medium and big companies or individuals with money!

All parents want the best for their children. It is the biggest task of a mother and a father to put their children in a school with quality education. This means that they have to not only pay an admission fee and a monthly fee but then a fee on every exam, buy the uniform from the school, the books from the school and of course stationery and certain extras for additional activities at the school.

Now take the example of schools in our small town. The average admission fee for a primary school class lies at about 4000 Rupees, which is approximately 60 USD. The fee for every month varies from school to school but is usually something in between 600 and 1000 Rupees – in between 10 and 15 US-Dollar. If you want to have a good standard however, you can just double both fees! And all the other expenses on top! Now it is up to people’s income – can they afford it or not? Can they afford a better, more expensive school or are they stuck with a school that has lower fees and thus pays their teachers less which means that the teachers are less qualified and experienced?

I have heard of reputed schools that they don’t even just take regular admission fees – you have to pay an extra donation which can range anywhere in between 1000 to 2000 Dollar! And yes – it’s not an official fee, it is a donation but without it, your child won’t be allowed to set a foot into this school! You can imagine the big money the owners make!

These figures are the average of four medium-standard schools in our town. I have heard of friends who live in bigger cities where the fees are much higher! The amount of money that is spent and earned through education is incredible!

Not only incredible, for me it borders on immorality. Having lived in Germany for a big part of so many years, I really feel it should be more like there. Education is free. Even in university. Of course, those are state schools and you have the option of going higher in private schools and universities, too, but even the state schools have such good quality standards that most people just go there!

And then, children stay illiterate while big school owners make a fortune!