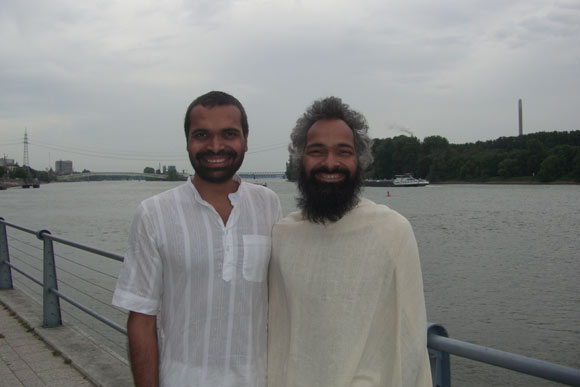 Recently news about a temple in South India has spread all over the world. When entering an underground vault at the Padmanabhaswamy temple, an ancient treasure of gold and diamonds was discovered. This is nothing very unusual per se, many of those old temples of India, built hundreds of years ago, have a treasure of some gold or jewels which was donated to them by kings and other rich believers.

In this case however, it is not only a few cold coins and a beautiful diamond ring but whole chambers full of gold and jewelry. Security in and around the temple was immediately strengthened while news of this discovery spread across the world. The process of estimating the value of this treasure has already begun and although they are not done yet, they already published some numbers that immediately made this temple known as the wealthiest temple of the world. 5 Trillion Rupees, which is about 110 Billion US-Dollar worth of treasure have already been counted. They have been counting for a week but are still not done and there are some chambers that they have not even opened yet. The number is still going to rise.

This news show us again how rich religious institutions as well as personalities are in India, the country known for its God-consciousness. It has been for such a long time that there are such unknown treasures lying under temples, buried for centuries. Although there have been news that the government take over this treasure, also for its security, they have to reimburse the temple in the same value and thus the temple will remain rich.

I have written many times about religious leaders, gurus and their organizations, about how much money they have and continuously collect. I also wrote a diary entry about the Tirumala Venkateswara temple near Tirupati in Andhra Pradesh, which until now was known as the richest temple. All of these institutions and people teach their religious belief and tell others not to be attached to gold, money or any material belongings. Sathya Sai Baba had accumulated 1.4 trillion Rupees, more than 31 Billion US-Dollar. Kripalu has built a temple for 140 Million Dollar. Brahmarishi Kumar Swami wants 1 Trillion Dollar for his own temple. In this article from 2007 you can see some figures for the wealth of different gurus. Until now, their wealth has without doubt multiplied and in a current report you would see much higher figures. It doesn’t matter however whether it is the Sathya Sai Baba trust, the Tirumala Venkateswara temple, the Padmanabhaswamy temple or any other big religious organization, they are very wealthy!

Millions of people each year do their pilgrimages, visit those temples and those gurus, donate gold, jewelry and money in the belief that this helps their life. These two temples came into limelight because of the attribute ‘the richest’ temples. There are however thousands of temple which are also very big and very rich, which have lots of money. You don’t hear about them because they are not ‘the richest’ but if you saw their wealth, you would agree that they have more than enough.

In this way there is so much money in India that I sometimes need to wonder why we call it a poor country? Why do we see that people are starving and freezing on the street? How come there are people that die from a simple cold or flu, because they cannot afford to go to a doctor? Just take the money of all those religious leaders, gurus and temples and additionally the money of all corrupt politicians and I can guarantee you that the sum will be so high, you will believe India to be the richest country of the world. Imagine if all of this money could be distributed among the needy, used to feed the hungry, provide education to those who cannot afford it and medically treat the ill!

There are a lot of needy people in India. Help them. God and religion don’t need money.