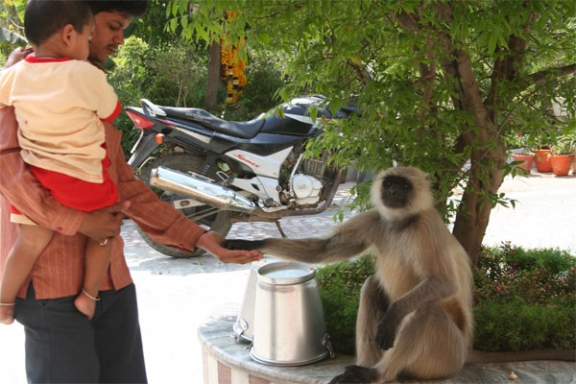 Yesterday I was talking about differences in spirituality from India and the west. In the evening we were talking about spirituality and my friend Angie from Canada said that people in the west are even afraid of spirituality. It is not normally possible to talk about God. When they hear this word ‘God’ they do not want to talk anymore. She told that when she talked with colleagues or other people about spirituality she used the words ‘universe’ or ‘source’. They want to have this distance from the word God.

Maybe this was caused by fear which was created by religion. This is the normal tendency there and people who are spiritual, who are conscious about our soul, energy, vegetarianism and God, build a group of a minority. Even if someone is vegetarian he doesn’t belong to the majority of people anymore but to a small group.

I also meet people who were disappointed by one religion but who feel in their soul that they are attracted by other religions. They do not want to have anything to do with the religion which they grew up with and turn to another one. But then again very often the same kind of thing starts. They are either living in a different kind of fear, in another form, or they get another disappointment after some time.