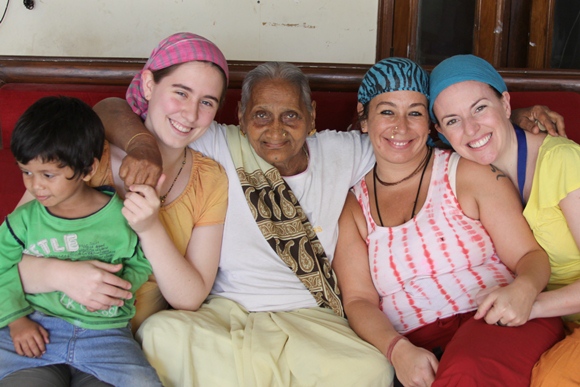 I mentioned already that rules can lose their sense and become rituals which are just like a duty of which you do not any sense anymore except for keeping those happy who expect you to do this ritual. I already talked about getting up before sunrise. This was what you were told here by religious people and just how I already mentioned that religions gave suggestions for leading a good life, this is something good.

It is here in India a healthy time to get up. In winter and also in summer sunrise is around six or seven o’clock so it is a nice time to get up and start the day. It is healthy not to lie around much longer than that. But if you now forget the reason behind that and just see this rule: ‘Get up before sunrise’, then I believe that it may be good doing that in India but not in other places. In other countries the sun rises already at four o’clock in the morning in summer time or even earlier. Why would it be beneficial for you to get up that early in the night? And in winter it doesn’t rise even until late into the day.

So if people still do that although they moved to another country, it just shows that they are doing it for the ritual itself. This itself is also not bad. It just becomes bad when religion starts saying it is a sin if you do not follow their rule. Then the reason for doing the ritual is just the fear of doing a sin. Then the real reason, the science behind it, is forgotten and people just follow religious law.

There are so many examples: you should not steal, you should not lie, this all has become a sin. The only reason not to steal is then that it is a sin and you might be punished by going to hell or being reborn another time. If you follow the rule on the other hand, there is something that you can get, be it heaven or liberation. It may have made sense in that time when not everyone had access to education but nowadays you can see the scientific reason for this kind of rules yourself, understand it and follow it just from your free will and mind.

Our friend Angie also arrived here and enjoyed her second day, the first day of Holi in Vrindavan. In the next week the town will be full of colours and fun.