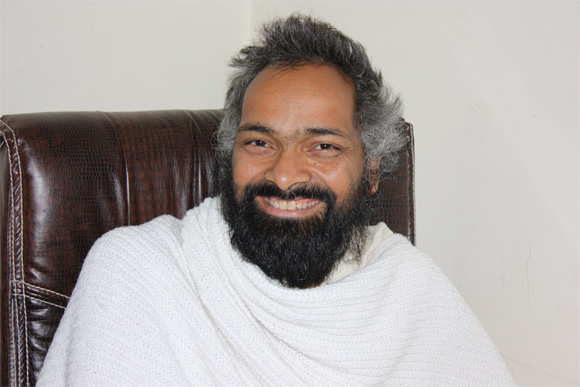 Vrindavan is a spiritual town, a place to which many pilgrims come for their ceremonies, their prayers and to walk the parikrama, the pilgrimage walk around town. It is usual to chant one’s Mantras, the prayers to God, with the help of a Mala with 108 beads. I have been told that in Christianity people are using a rosary for exactly the same purpose. You say one prayer with the finger on one bead and then with the next bead you say it the second time. I heard that also in Islam people use to pray like this.

Their idea is that you have something in your hand like an anchor for your mind, so if your mind starts travelling during one prayer, when you start again, your finger will turn one bead and your mind will return.

One day Ramona came back from doing some shopping in town and told me about a funny situation she had witnessed. In the same shop there was a couple and both had bags with malas in their hands and reciting their mantras without making sound but while moving the lips. And at the same time they were watching what the shopkeeper spread in front of them: pants in different colours and patterns. When the woman saw one she liked, she stopped the praying, asked the shopkeeper ‘Do you have this one in red, too?’ and while he turned to look she started praying again. And the same thing happened several times: she was moving her lips in silent prayer, then suddenly said something about some dress or colour and started praying again.

How much effect will this woman actually have from this exercise? Nothing, she could as well just go shopping! There you see again how hollow these rituals are! They are just habits, nothing else. You cannot tell me that this woman felt anything special during this shopping trip! But well, to everyone his own! 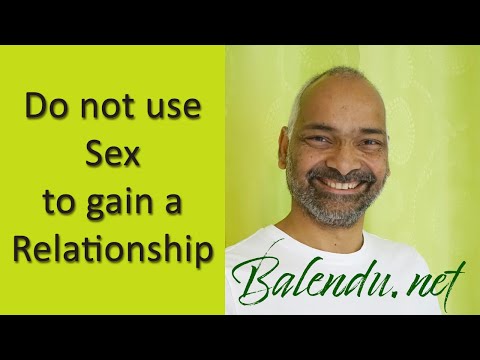 Do not use Sex to gain a Relationship

Let others keep on searching for Mistakes and stay happy! – 27 Nov 14

How War, Corruption, Cheating, Greed and the Wish for Immortality created the Kumbh Mela – 21 Jan 13

God Does not Need Money or Expensive RItuals – 22 Nov 09