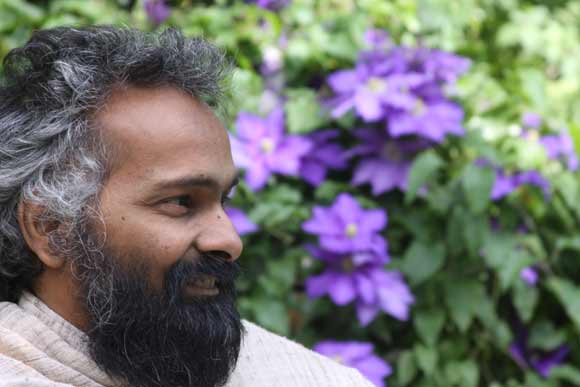 Someone asked me a question on my facebook page. I thought it could be interesting for more people, so I decided to answer it here in my diary.

“Swami, I have been reading your writing for some time now. I have also seen your profile and understand that you are a spiritual person and not religious. And I find that great. In reading some of the other blog posts you wrote, I saw that you don’t believe in worship of any man. I could not agree more. But I do not understand that you do not believe in Krishna and Ram. Do you believe in Christ? Or you don’t believe in Jesus Christ or Muhammad. Just trying to understand as I am a follower of your blog. Also I was showing my grandma your website and she said that some of the mantra that you have on your website belong to Hanuman. So I am confused. Thanks and regards Swami.”

I replied this question by saying that I see Krishna and Ram as my very close friends. I grew up with them and each year I wish them a happy birthday. How could I forget them? Their names are on my tongue often. When I greet people, I say ‘Jaisiyaram’. There, too, the name of Ram is present. Sometimes you can hear me say ‘He Ram’, just as those, who grew up in Christianity sometimes say ‘Oh Jesus’ or those who grew up in Islam say ‘Insha'Allah’.

This does not mean however that I am Hindu. I am no more a Hindu. I come from a very strong religious background but I do not consider myself anymore belonging to any religion. I don’t do any rituals and I don’t go to temples for worshipping. I have also not changed my religion. I don’t believe in converting or jumping from one religion to another. I did not start going to churches, synagogues or mosques now. I have left religion.

Sometimes people then wonder, if I left religion, why do I write ‘Swami’ Balendu? If I am not a Hindu, why do I use this attribute? I actually don’t see this word ‘Swami’ in connection with religion. You can read about this question in detail in one of my previous blog entries.

I don’t want to be Hindu, Muslim, Christian or anything else. I just want to be Human. I encourage other people, too, to leave religion and become only human. I believe religion often had and has the effect of poison: it kills people, it separates them, it creates hate among them. Human is made by God and religion is made by man. God did not create people with different religions, he made us all the same.

If you ask me now why I then use the names of God or their Mantras if I don’t believe in any religion, I have to tell you that I don’t think any of those Gods has a certain religion. For me Ram and Krishna are not Hindus, Jesus not a Christian and Allah and Muhammad not Muslims. They are God and they are one. I say love is God. They all are love and they all are God, without any religion.

I grew up with Ram and Krishna as my friends. Later I got to know about Jesus and Muhammad and made them my friends, too. I believe they love me, too. We have something in common: they don’t have a religion and I don’t, either. I am not a religious person and I don’t seek God in religious icons or figures. I know God is love and lives in our heart. If you, in a prayer or mantra, mention the name Jesus, Ram or also Hanuman, another friend of mine, it doesn’t mean that you specify a religion you are praying to. You have God in your heart, no matter which name you say with your tongue.

After Import in the West, Tantra became red, white, black and sexy! – 6 May 12

Celebrating Birthdays, Holi and being together! – 27 Mar 13