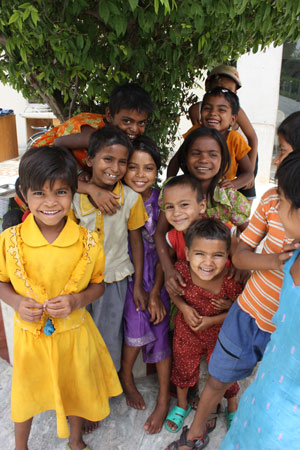 Today I would like to write a bit about belief and superstition as well as the truth and facts. Science provides us with facts that it can prove. You cannot however prove belief and you cannot prove any superstition. Belief can change with time, place and situation. You can often find that in two different places there are two beliefs or different superstitions which are completely opposite to each other because they don’t have any scientific base. That is why they are not facts but just beliefs.

People believe in superstition because it gives rest and comfort to the mind. It is the human nature that you want to believe only what is favourable and comfortable for you, even if that is not true. Facts, while certainly true, can be uncomfortable. That is how people often trust lies and that is why lies can exist at all. You always need to believe lies blindly because if you opened your eyes, you would regret.

It is not necessary to believe in what is true for it to be real. A fact is a fact. If you believe in it, it is true but if you don’t, it is still true. In the same way it is not necessary to proof what is clearly in front of your eyes. Fire for example can be seen just in front of you and the truth of the fire is that it will burn, if you believe it or not.

Superstitious people don’t believe in themselves, instead it is always ‘I heard, it is written, I read, someone said, people believe and we believe it, too’. They don’t really know but they believe. Well, the truth is, you cannot know something that does not exist, you can only believe it. Close your eyes and believe it, that is enough. You don’t have the right to ask and if you absolutely have to ask, then only ask about the belief, there is no room for doubts. This is what religion tells you: Just believe what is written in scriptures. Don’t try to know it and don’t doubt.

Whenever someone makes an attempt to make you believe something, be careful and alert. Check whether your eyes are being blindfolded with the sheet of belief in order to cheat you. People who believe in religion, god, scriptures, astrology, heaven, supernatural healings and superstition ask you to believe in it, too, and believe blindly.

Science however will never knock on your door, telling you ‘You should believe in me’. You have to believe in it, there is no other way. Religion and superstition give this as an extra warning: they say their rituals and belief is only effective for those who believe in them, not for everyone. What a great explanation! It does not work with you and does not have any effect on you because you don’t believe in it! So what are you worried about? Just stop believing and all problems are solved.

We often see religious people and also atheists struggling to prove God's existence or non-existence. But real scientists will not waste their time in proving God's non-existence. Do you ever see renowned scientists getting involved in this kind of arguments or discussions? You can definitely not know God with your senses. But unfortunately all non-believers put their complete energy into proving that God doesn’t exist. How nice would it be if they came down to earth instead, into this society, and see the problems that people have. People believe in religion because they need something, are in trouble or are afraid. It doesn’t help them if you shout ‘There is no God!’. Connect with people and try to find solutions instead of only keeping on writing and fighting about the question whether there is a god or not.

Religious people who want to be modern try to find a way to combine both and bring them together because one can survive without religion but not without science. Religion and science are opposites of each other.

All religions try to establish a truth and say that only they know the truth. They all are busy in advocating their case. But the truth is that you only need to advocate something if it is untrue. The truth is true and will show itself. Fire will burn, believe in it or not. You can know it, you don’t have to believe it.

The senseless Tradition Santhara does not justify Suicide! – 26 Aug 15