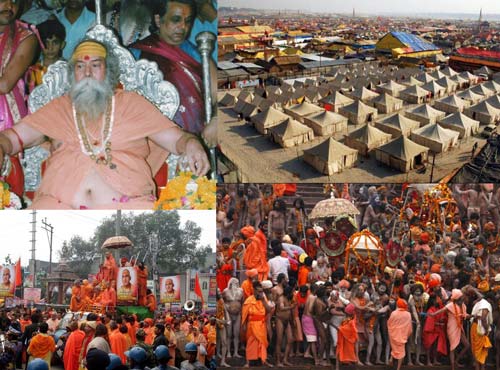 On 14th January 2013 the Kumbh Mela started in Allahabad with the first holy bath in the Ganges but already much before that, everyone was talking about it. The preparations were anyway going on, people were booking their places in camps and sadhus, gurus and all important religious people prepared for their journey to Allahabad. Then big news hit the media stations all over the country: Shankaracharya Swaroopanand said he would not come! The reason? His ego. Let me explain.

The Hindu religion has four spiritual heads, four men who have the highest posts of Hindu religion that you can have. You can thus say that the Shankaracharya is the Hindu pope – just that there are four of them. Swaroopanand told that he would not join the biggest of Hindu festivals. A scandal!

If we go some weeks back, we will find that government authorities had been busy with their preparations for a festival expecting a hundred million people. They have millions of rupees of expenses – where are the people going to eat, sleep or go to toilet? Security, medical care, food supplies, sanitary provisions, that all had to be done. And, not to forget, the areas had to be allotted where people would have their camps. They have their map and they have a list of people who have applied for areas. You need religious authority and of course money. Obviously the Shankaracharya is not short of any of the two.

He did get a place but unfortunately it was not the place that he wanted! He had requested a place for all four Shankaracharyas together, one block for the religious heads of the whole drama. His official reason was that there were now ‘fake Shankacharyas’, religious leaders falsely claiming to have the authority of a Shankaracharya and people might get confused as to who is the real one. That is why he wanted the real Shankaracharyas together. In my opinion, he only asked for this setting in order to get the best place and to be most noticeable to festival visitors. He wanted to stand out from the crowd of Sadhus and Sanyasis around him.

For centuries, politicians, actors, lecturers, preachers and all important people have always got the best place to be, the best time to talk. The Shankaracharya had always got a special arrangement, a certain place, a good area where lots of people walk by, on the main road, in the center. This time, he was not happy with the place he was allotted – so he simply threatened that he would not come.

Even though the chief minister pleaded for him to come and the whole religious scene got crazy, the Shankaracharya Swaroopanand decided to be miffed and stay miffed. He has not come until now! His followers are there in the camp which was allotted to him but he has not set foot in there yet! He is not even in U.P., not even in the same state but is instead in his Ashram in M.P., probably sulkily watching the TV news about the Kumbh Mela.

So you see how much respect the highest religious leader of Hinduism has for his own religion! How much does this man believe in the importance of this bath in the Ganges? Very obviously not at all! It is the biggest Hindu festival and the most important action for religious people but the man on the highest Hindu post does not want to take part if he does not get a certain place for his tent! He did not come to take a bath, he did not want to be in the area where the nectar of immortality dripped to the earth, he just wants a tent on a busy spot where people can see him and his importance clearly!

It is just another proof that these religious leaders are all only like politicians, getting angry if they don’t get the special treatment which they believe they deserve. It is a prestige issue, not a religious issue! Of course, a tent a bit further back, on a not-so-prominent spot and not in a block with the other men of highest posts would result in him not being seen as much as he would like to – so again it looks like he just wants to show off.

The showing-off is anyway something that you will notice a lot with all Shankaracharyas – silver thrones, lots of jewelry, always a crowd of followers around who warn the people ahead that an important person is coming. A big ego of being on this high religious post – an ego and lots of wealth that again does not seem to fit to the concept of detachment and humility that religious people always preach. Religious hypocrisy at its finest!

The Shankaracharya Swaroopanand was not there for the first dip, the first bath. There are a few more baths scheduled and all high personalities usually dip in the Ganges on those dates. Maybe he will still join at a later date – but it is already clear that such a visit to the Kumbh Mela at a later date will be only a business visit, trying to get a bit higher revenues at his camp shop. It is not about piousness, not about religiousness, not about holiness and not about bathing in the Ganges. He proved that it is a not important at all and just drama anyway.

Careful Mr. Shankaracharya – you may lose your place in heaven! 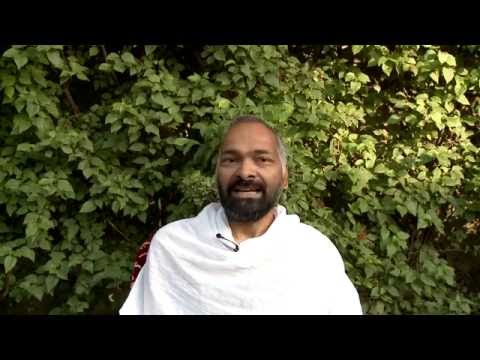 ‘How is your Sex Life?’ – most popular Question by Indians to Western Women – 7 Dec 14