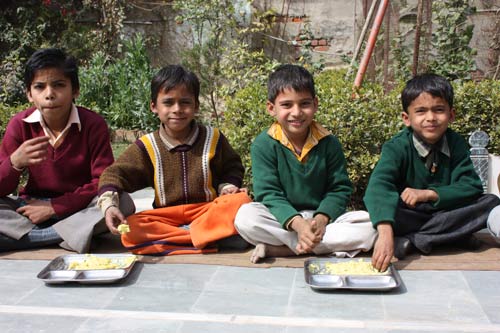 Yesterday I mentioned an online discussion that I had with friends about what organized religion has given to this world. In yesterday’s diary entry I explained all those negative effects of it and today I would like to tell you the positive effects which my friends mentioned and what I think about those.

Some people say that religion teaches morals to people and tells them not to steal, to always say the truth and to love everyone for example. In my opinion however such moral teachings are not really religious. This is what all parents teach their children, whether they are religious or not and whether they believe in any God or not. It was not the idea of religion that you should not kill!

Another answer was that religion helped the development of human and the world’s languages as well as giving society a structure. They said that there is a lot of literature, architecture, art and music that we have today only because of religion – it was in some way inspired by religion, ordered by religious people or used in religious programs.

Do you however really believe that the development of human, languages, literature, architecture, art and music would not have taken place without religion? Do you think we would still be living like in Stone Age today? I don’t think so. I believe this all would have happened in another way. Artists would have been inspired by other things than the scriptures, architects would have built buildings with different purposes than church services and people would still have enjoyed poetry – not about God but about other topics.

Please don’t understand me wrong, I have lots of respect in my heart for a lot of religious people, be that artists, writers or charity workers. The fact that they are or were religious does not make me blind towards what they have achieved. Even though some of the greatest buildings on earth are related with religion, I don’t fail to see the amazing architecture behind it. To tell you a very personal example, I love the literature of my grandfather which was the foundation of my education. He was a religious person and although I am not, I appreciate his work! I see all those great artists beyond religion and believe that their talent and their work is not there because of religion.

I feel that I am against religion when I see how religious rules stop people from questioning deeper and makes them follow whatever is written in their holy books or whatever they are told. It is this manipulation that I think is wrong. When I still believed in religion, I deeply believed in a lot of things that were written in Hindu scriptures. I believed that certain ceremonies can help the environment or your future. I grew up with this belief and I only realized it is wrong, when I came out of religion. In this way, I think I was manipulated by religion and I don’t want this to happen to my children.

When I speak of religion, I do not mean love, devotion and spirituality in a person. I talk of a man-made construction with rules and scriptures and often an institution with buildings like temples and churches and the manipulation that comes along with all of these factors. Without religion, too, and even without the belief that love is 'God', people have love inside themselves and compassion in their hearts.

I believe spirituality is a very individual thing, not an institutional thing. Everybody is spiritual in his own way. Even if you don’t go into a temple or church or even if you are not sure about the existence of God, you are spiritual, if you believe in love. There is no need for religion. In my eyes it has done more harm than good. That's why it is better to leave it and just be human instead of being Hindu, Christian, Muslim or anything else.

Indians: Keep your Promises, you disappoint Foreigners and Locals! – 3 Nov 11