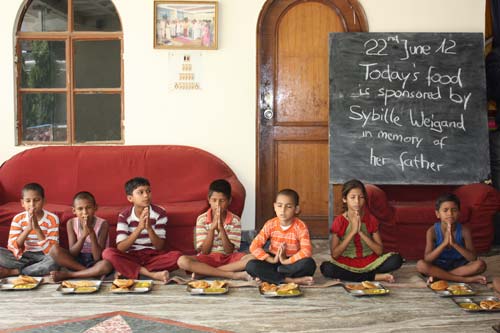 I already wrote about the development of religion, how it was created out of fear and ignorance and how people needed it to explain the inexplicable.

In order to bring an order into society, religion created different rules which are noted like laws in the scriptures. Religion is like the law-giving power with the scriptures being their books of law. They tell you what you can do and what you are not allowed to do. That does not mean however that those laws are all just and right! Religion did not want to lose its power and control though and this is how those who were in power made another rule: these laws cannot be changed or corrected. Scriptures are holy and should not be altered in any way!

When you speak of laws, you automatically also speak of politics. They are closely connected. And if religion has made its laws, too, religion also has its own politics. But religion is not a democracy. Religion has always worked like a dictatorship, exploiting people, using fear to let them accept the rules without asking. Just like a dictator, religion doesn’t want you to be happy because it would make you difficult to control. He makes the rules and you have no way to change them.

The reality is however that you cannot make any law for eternity. What you say now may not be applicable anymore in twenty years from now. Or maybe not even in one year! So when religion did not want to be flexible and did not give any freedom to change, there were rebels, like Buddha or Luther, trying to raise a revolution. They were expelled from the territory of the dictator. And with some corrections on the laws, these rebels started their own religion. And with each span of time that passed, a new religion was created.

But in the end, they all are the same. Everybody made his own laws according to his own comfort. Many types of religion, ways of living and different branches developed. They are breaking apart, spreading and creating new ones. This happened in the past, is happening now and will happen in the future.

So while we still have the Gods of old times in some places of the earth, other people in other places have found another way. This is how there is such a huge variety – small Gods, big Gods, Gods that have statues and Gods that are not in pictures at all. Some talk about religion without a God and some say they don’t believe in anything.

I personally like the God of nonbelievers more than the God of believers. He is a thought, a good thought, is in my heart and in my mind. I made him myself. I created him how I wanted him to be. He is mine. That is why I love him and why I also believe in him.

For me it is difficult to believe in a God who sits in heaven, whom I cannot see, who doesn’t talk to me, whom I cannot touch, who is adorned with silver and gold in the temples and decorated with flowers, who sometimes gets stolen by thieves, which he cannot do anything about. If he cannot protect himself, how would he protect me?

Nobody likes dictatorships but when people believe, they don’t realize that they are in a dictatorship. I cannot believe in laws that were made thousands of years ago. I like democracy, the rule of the people, I like change and I like freedom.