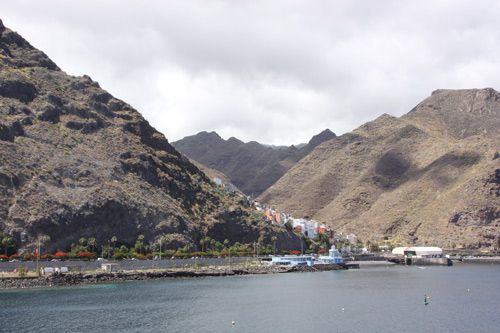 I have a friend in Germany whom I meet each time when we are here and who is a religion teacher. In Germany, religion is a subject at school with the option to take either catholic or protestant Christian education or the non-religious subject ‘ethics’ instead, if you don’t want your child to learn either. As I knew that my friend was not really a religious person, I asked him this time: ‘Do you only teach religion or do you also believe in it?’

I found his explanation of this fact quite interesting and thought you might do so as well. The main point was, he said, that he didn’t see the bible as a holy book but as a collection of old, religious texts. According to him it is not, as some people believe, literal notes of the words of god but rather a compilation of stories, written down by different people, even at different times with the intention of conveying a message by examples and symbols.

That’s what you have to realize when you look at the bible. It is all full of symbols and metaphors, as people in older times needed that to understand and really get the message. You cannot take this literal, you have to find out what they wanted to say. And you have to discover whether that message fits into today’s time or not.

The interesting thing, according to him, however is more scientific: in today’s culture and life, you can see the influence of religion, of those texts and the values that they conveyed already thousands of years ago. They are historic documents that show us the development of our societies! The values, behavior, language and lifestyle of Europeans is influenced by Christianity!

There are other religion teachers, even at my friend’s school, he told, who really do take the bible literal! They believe in and teach those old texts word by word! It is obviously ridiculous and students know that, too – but there are all kinds of people and that is why, in my opinion, you should not have something like religion class: the chance that a crazy Christian sect leader tries to lure in your children is just too big! This field is just too full of claims you cannot prove and possibilities of fanaticism that only a pure scientific approach makes sense to me.

I thus understood it when my friend said ‘I am a scientist, not a cleric. We both studied theology but that is a fully different way!’