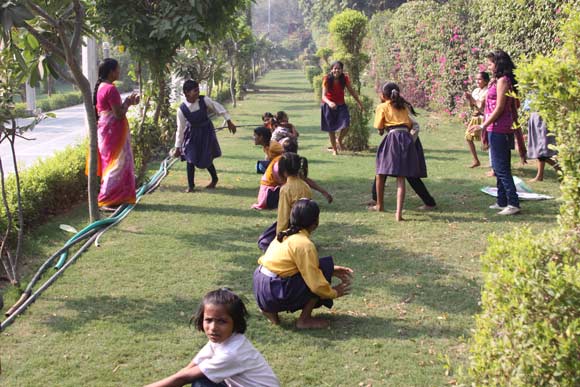 God is happy: Young People not interested in Religion – 16 Nov 11

Yesterday I told you about the decision of Jesus, Mohammed and Krishna to finish religions on earth. Religions have already started to finish, it is already going on. I believe that this is a good thing.

On my travels in Europe I have heard often that churches are empty and on sale. They rent the buildings out for meetings and other activities. This is how I have, too, given a lecture in a church once. It was not used as a church anymore. I heard some churches have been sold and people make hotels and even night clubs out of them.

What makes me happy is not the fact that they need to sell the churches but the reason for it: people and especially the younger generation is not anymore interested to go to church. I have heard of many people in different countries of the west that it is elderly people who still go to church each Sunday. The majority of young people in many countries is not interested in religions and churches anymore.

In India, too, I see that many young people are not into religion. There are many people complaining about this fact but I actually applaud it. Religion does not have a space in the lives of young people anymore and I believe it does not have a future. The young generation is not interested in pilgrimages and temples.

We live in Vrindavan, a pilgrim place and a very religious place. Many people come here on weekends from the bigger towns of the surrounding. They come for a weekend trip and actually do a pilgrimage. If you look at the younger ones among them though, they don’t really do a pilgrimage! I would rather describe it as a picnic, a fun day out in another town. What do they do different than their parents? They come to Vrindavan and go to the temple area. Close to the main temples you will find a lot of shops selling snacks or yoghurt lassi. So many of them take one quick walk through the temple and then go to have a lassi. Others, who may have come before and seen the temple, don’t even bother to go there another time. They stop 100 meters before, at the sweet shop. It is their way of having fun and it is not religious!

You may ask why this all makes me happy. I am not sad about it because it shows me that people get more and more intelligent and start thinking for themselves. They don’t believe in something just because it is written in a scripture or because their father believed in it. They ask what is behind it, why it is how it is. When you don’t know something, you can only believe.

This is why religion was successful in earlier times. There was no explanation for the sunset and sunrise. Suddenly there was an institution that had an explanation and people followed it. They got answers through religion! They believed when they were told about ghosts, because they did not know. They followed gurus who pretended to materialize things and heal people where they actually did nothing at all but some cheap tricks. They did not know it better.

Nowadays schools give education and explain that the earth turns, which is why there is a sunrise every morning. So there is no need for people to believe in religious explanations anymore! Schools explain the laws of physics and that there is a reason for everything that happens. People don’t believe in cheap tricks because they can see behind them. Young people are more educated now. For them the show of gurus is not a matter of belief anymore, at the most it is entertainment.

I am sure that religion is slowly dying out. It worked in older times and maybe it was started with the good intention to help people. What happened however is that wars were started, people tried to convince each other, greedy people entered the scene, scriptures were changed and women suppressed. No, we don’t need such a religion.

I believe God is also happy about this development because He is not religious. He is not a Hindu, Christian, Jew, Muslim or Buddhist. He does not have a certain form, shape or colour. The same God that lives in you also lives in me and will be there even if all religions vanish from this world. He won’t mind that people stop giving donations to religious organizations because He does not need money. He knows that there are many cheaters and gurus who get rich with money of their disciples. He knows about all the bad things that happen because of religion.

If people leave religions and instead give their money to help the needy, it will be a good development. Make love and compassion a matter of your heart without the rules of any religion. In this way people can unite who were until now separated by the borders of religion.

6 Replies to “God is happy: Young People not interested in Religion – 16 Nov 11”

A Basic Negative Attitude Can Spoil your Day – 7 Jul 10