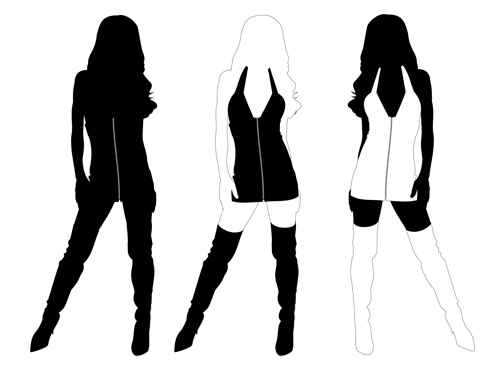 I already yesterday hinted a bit on the topic that I would like to address today: the big hypocrisy of men in India – and also other countries where this happens – who want their wives and daughters to cover up. I really think that they are torn in between emotions, thus becoming hypocrite, and the driving force behind this is once more religion.

If you listen to such people’s conversation with their wives and daughters, you will always hear them give orders and even warnings to their female relatives, telling them to dress chastely, modestly, demurely. Not to show other men much skin. These teachings in themselves tell women that it is their own fault if they get raped or sexually harassed! They have to cover their knees, shoulders and head so that men don’t get seduced. This is what their father and husband teaches them.

If you watch the online behavior of their father though or see which images he shares with his friends on Whats App and Facebook, you will be surprised: he spends a good part of his day looking at pictures of half-naked women! He is following pages called ‘Hot Indian Girls’, has subscribed to newsletters that send ‘The hottest pics of the web’ per mail every week and in his favourites you can find supermodels in underwear and bikinis. Most of them probably don’t dare searching for and watching real porn – but if they were sure that it was hidden, safe and fully private, they would surely do.

How much more hypocrite can one be? You think it is wrong if a woman shows her skin, you don’t even look at your wife naked but you are eager to see other women – other men’s wives and daughters – with nearly no or really no clothing!

You also have a natural urge, this is why you like it! You are curious, you want to see and feel all of the sensations that you have in yourself. It is just natural! Then, however, you feel horribly guilty when you realize what you are really doing there! And then you judge these women! You call them names that you would hate anybody to say about your daughters! But you do enjoy seeing them, don’t you?

Hypocrisy, religion, guilt and rape. Connected in a horrible way.