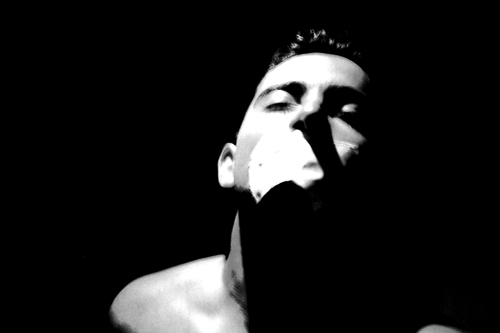 When Religion limits Freedom of Choice, Opinion and Expression – 16 Sep 15

After having written about Islam yesterday, explaining why I am definitely no Islamophobe, I had a few more thoughts about what I like and dislike about religion. One very big point is that I don’t want to tell anybody what they should think as well as I don’t like being told what I should think. I believe in freedom of expression, freedom of opinion – and religion often thinks very differently about this!

You all know that I am an atheist. I have been very much in religion and now have come fully out of it, so much that I don’t even believe in god anymore. But you know what? I have absolutely no problem with you practicing your religion! Pray to whomever you want, don’t speak, eat or work one, two or three days a week, sit or lie down for your prayer ten times or a hundred times – I really don’t mind or care. Religion anyway says it is just for you, so you could just keep your religious practice within your four walls! Just don’t try to make me believe what you believe in! And one more thing: don’t try to stop me from saying my opinion!

I live in a democratic country, I believe in democracy and, as mentioned, I believe we all should be free to say whatever we want to say. It doesn’t matter if we disagree, we don’t even have to argue about it! I have a lot of friends all over the world of all kinds of religions and I get along very well with each of them although many of them know that I have a very different opinion than them on the topic of their belief!

We could very well live like this with the freedom of choice, opinion and expression for everyone, as long as we don’t harm or bother others – but unfortunately religion does not usually agree with this or act this way!

Just look at all those missionary actions several religions do in different countries of the world! Of course, Christians were the biggest missionaries at one time, converting people all over the earth and if they didn’t change faith and get baptized willingly, they forced them to. Don’t believe that this has stopped though!

Here in India, it is still happening, where Christian, Hindu and Muslim missionaries compete with each other! People in need are lured with the promise of food, shelter and work but with one condition: they have to convert. There are a lot of people who have changed their faith several times in their lives already – because they had to! They wanted to survive and were offered a way. Religion was not important enough for them to die for it!

That’s how many people in areas of crisis may feel about the IS as well, although Islam gets much more extreme here: they have an agenda that everyone of different faith has to be converted or killed! It is not easy to be of the exact same faith as an extreme fundamentalist. You have very high chances of falling into the category of those who have to be killed.

And that’s where religion is not tolerant for others, brutally murders people and forces others to change what they believe in.

No, thank you, I prefer atheism and democracy instead!

Foreign-Return Guru Back in India – 6 Mar 11

Do not use Sex to gain a Relationship