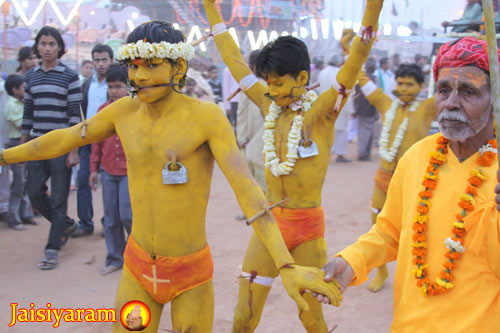 Religion says: Hurt yourself, go hungry, beat yourself, bleed and repent your Sins! – 31 May 12

While I yesterday wrote that religion supports criminal activity, especially with its easy way of easing one’s conscience, religion actually keeps people under control by creating this feeling of guilt and having sinned. They tell you that you are a sinner and give you a solution for it right away, too. In order for their concept of control and manipulation to work however you need to believe them that you are full of sin and sinful behavior. That is why they always promote that you cannot be 100% happy with yourself and your life.

I have heard that in Christianity – or at least Catholicism – there is the concept of an original sin. You are born with sin, something having to do with the way how God threw out Adam and Eve from paradise. So women especially but also men are basically not able to be completely without sin, not even a birth.

In Hinduism, too, you are not free of sin at birth. The mere fact that you were born shows that you still have Karma that you have to work on. If you were free of sin, if you did not have any Karma left, you would not have to live another life on earth. You would be liberated and would reach Nirvana.

So religion practically teaches you to feel guilty for something that you have not done and which you really cannot influence in any way. In a next step, they give you instructions on how to get rid of that sin: you punish yourself for having it. You have to do penance. Only that makes you a truly religious person – if you hurt yourself, restrict yourself, if you feel pain, if you suffer, if you feel guilty, if you feel bad.

Probably the most popular way of penance is fasting and I believe it exists in all religions. You fast and you should be hungry or you abstain from something you really like because you repent your sins. In Hinduism there are every month two fasting days called Ekadashi, on the eleventh day of the moon in Hindu calendar. There are several of these days which are even more special and tomorrow is one of them, Nirjala Ekadashi. On this day, religious believers are especially asked to fast without water. No water for 24 hours when temperatures here reach 50 degrees centigrade! Religion says it will purify you from all your sins. I say it might as well kill you.

There are other ways of self-punishment and signs of guilt which you see often if you just visit a temple. You can watch how Hindu believers grab their ears in a gesture that shows they are sorry and they slap themselves on their cheeks – mostly symbolically and not very hard but showing and displaying their penance.

I have seen Muslims do the same thing, but quite a bit harder, beating themselves on their chest and I heard that they even hit themselves with knives, causing cuts. There were Christians in older times slashing their backs bloody for penance. In my grandmother’s village I have seen how in Navaratri time Hindus pierced both of their cheeks and stuck iron rods through those holes! We took the picture above on the Kumbh Mela, the biggest religious Hindu drama, in Vrindavan 2010. You see those boys, hardly men, having pierced themselves in so many places of their body, putting knives through arms and legs, bleeding and walking in a procession, showing it off.

These all actions are seen as something very devotional and if you can bear this much pain while regretting your sins, they must be forgiven. The normal believer nearly worships people who can endure such penance! In summer they sit in a circle of fire and in winter they take off their clothes. The more you can do to make yourself suffer, the higher you are valued because you must be closer to God!

Some people thought that I went into the cave for penance, too. It is a tradition here that religious people – as I was in that time – do such extreme actions for self-punishment and I explained very often that this was not my reason for going into the cave. Nevertheless people who heard about my stay in the cave may have just assumed this.

So you see how normal it is for religion to ask believers for such sacrifices. Why? Because religion wants you to be and remain a victim. All kinds of suppression and exploitation works best when there is fear of some kind. Religion comes from fear and wants to keep you in fear. Hell, purgatory, never-ending rebirths, rebirth as a lower creature, never reaching heaven and burning forever. Threats that create fear. And all those threats are just an illusion. None of those things are real – but they create fear.

Religion teaches that you should not be completely happy. You have no right to be. If you are too happy and enjoying life very much, you will cry one day. Too much happiness will create misery. I believe that people are harder to control when they are happy and when they are not afraid. Another reason not to follow any religion – because you want to be happy, not afraid.

2 Replies to “Religion says: Hurt yourself, go hungry, beat yourself, bleed and repent your Sins! – 31 May 12”

Second Pair of Uniforms for the Children – 15 Oct 08

Anonymous Attacker: Please keep on writing against me! – 6 Jan 12