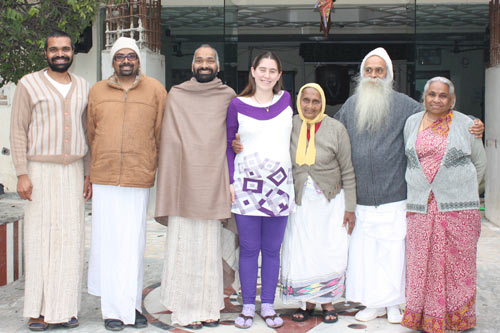 Religious feelings are very fragile and get hurt very quickly these days. People even take care that they wish ‘Merry Christmas’ only to Christians, thinking someone could get offended if he believed in another religion. People say it hurt their religious feelings. But what do you say when religion hurts someone’s feelings? When religious customs, beliefs and superstitions hurts someone’s heart? Are those beliefs appropriate? Is that religion appropriate? I have a recent and real example of such a case: the Hindu belief that the house where death has occurred is impure for thirteen days and the people in that house are untouchable until they have performed certain ceremonies on the thirteenth day after the death occurred.

Maybe you have problems imagining which effect that has, so I will give you some examples. For that period of time, people won’t enter that house. If they do enter, due to some work or maybe to bring something over or even to show condolence, they will shower and take off all their clothes before they enter their own home again, so as not to make their own place impure. If they come to your home, they won’t eat or drink at your place. This means for you that you cannot even offer water to your guests!

Just as there are differences in belief regarding the length of that time period, there are also some people who believe they can only visit on certain days. One of my friends, who came by on Friday, like several other people, told me he got to know on Monday, the day of the cremation, that Ammaji had expired. In a chatting voice he told ‘Well, on Tuesdays one doesn’t go anyway, on Wednesday I could have come but was busy. On Thursdays you don’t go to an impure place and so I came today because tomorrow again, it won’t be good to go.’

See what religion does! In those times when you feel that you need your friends the most, in the time of grief which is difficult to pass, your close friends don’t come to meet you because their religious belief does not allow it! Even if they live nearby, they won’t come! One friend even came up to our gate but he did not come in! There is not less love – the only reason is religious customs and superstition! They come, but only when we will be pure again in their eyes.

That is another question: usually you get pure after performing certain rituals. We don’t however believe in any of this and have not done any ceremony. Does this mean that we will be impure for them forever? They will come but how will they justify it for themselves? We have not done anything to become pure – we should still be untouchable for you.

It is not the untouchability that hurts my feelings and it is also not my friends – it is the religious belief and the incredible superstition! Because my friends are only the slaves of those traditions and customs, they are not able to take their decision themselves.

Well, I decided to blame these customs, religion and superstition for my pain and vow to keep a stainless love flowing in my heart for all of my friends.

Indian Men, please read, if you are about to move to the West with your western Partner – 6 Jul 15