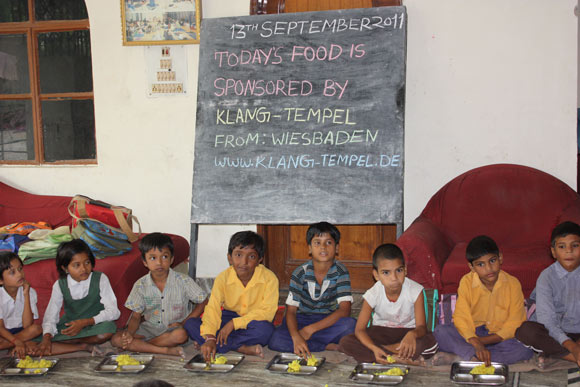 Yesterday I wrote about stories of thieves and robbers who donate to temples and Gods after having promised a part of their loot if they are successful. I doubted that any God could be bribed so easily. I also mentioned already that in such stories criminals are always surprisingly honest. They promise to share what they got and then they do it. Why? Is that their way of clearing their conscience?

Regardless the question whether those stories are true or not, the idea that God can forgive you your crimes is very popular. You can often find criminals involved in religion. They know that what they are doing is wrong and they need this security that they will be forgiven. This is the base of their faith.

Unfortunately this leads to the impression that you can do anything, even if it is morally wrong, if you just worship enough and pay enough donations to temples or gurus. This is unfortunately what is happening and what makes people embrace religion simply as a good way of doing wrong without a bad conscience.

Even today, you can see many of those politicians, now accused of corruption, being very religious! The former chief minister of the Indian state Karnataka, B.S. Yeddyurappa for example has for a long time been in suspicion of corruption and scams but at the same time he is known to have a very strong belief. I wrote about him and his superstitions before, too. He had to leave his post in July 2011 because of the charges of corruption against him. Janardhan Reddy, who once donated a crown worth 9 Million US-Dollar to the Tirupati Balaji Temple in South India, is a former minister of the same state and has been arrested for illegal mining through which he got very rich.

Religious criminals seem to usually do crimes related with money. They accumulate money by illegal means and give some of it to a temple to make themselves feel better.

Criminals and people who do wrong live in fear. They are afraid of the consequences of their actions. Religion gives them a good way to find forgiveness. You only need to go to the temple regularly, tell a priest about what you have on your mind, pay some money, say some prayers and you are forgiven. Then you can go out to do the next crime. This is the concept of confession or, in Hinduism, Prayaschit. God is merciful and will forgive you, so it doesn’t matter what you do.

I don’t say that everybody who goes to temple is afraid and has done crimes but I know that many people go and do their worship because they have a bad conscience. If you are honest, there is no need to be afraid and no need to go and confess.