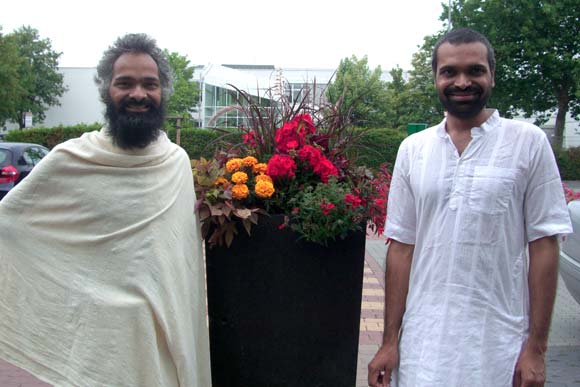 In the last weeks, while working all over Germany, I have given a lot of individual sessions. There were two sessions that I felt I would especially like to tell you about in one of my blog entries. They took place one after the other.

At first, a woman came to me who told me she is now a bit older than 60 years. She was determined to make a change in her life at that age. She did not come for counseling to ask me whether she should or should not make this change but already had decided that she definitely would change. She came because she had a bad conscience and felt guilty. She wants to separate from her husband, who is 80 years old. They have been together for 40 years and have two adult children. She said now she would like to do something for herself.

Just right after that, a young couple, both in their thirties, came to meet me. They have been in a relationship for three and a half years but as they live quite some distance apart from each other, they could only meet on weekends. Sometimes he came to her town, sometimes she visited him. Five months ago, the young man fell down from the roof of his house where he was working. He broke his spine and is now in a wheelchair. He is still being treated in the hospital and she picked him up to come to me together. They now make plans how they will go on living their lives with this change. They decided to move together, close to where she works and are happy that they can now make this step.

If you have read the two paragraphs above and came until here, I think I don’t need to tell you much about what was going on in my mind. It is the same that you are feeling now. These two stories are about the same topic but the persons go in completely different directions. The topic in common is clear: devotion. To both couples something happened that nobody could prevent. For the older couple, it is simply age. Everybody gets older. For the young couple it was an accident, something that can happen to anybody and at any time. In one story there is no devotion, even after spending this much time together. There doesn’t need to be a proper reason for separation, the lack of devotion is enough for the wish to leave. In the other story there is a lot of devotion. It shows the commitment, strengthens love and gives a nice feeling to the couple and to whoever hears this story.