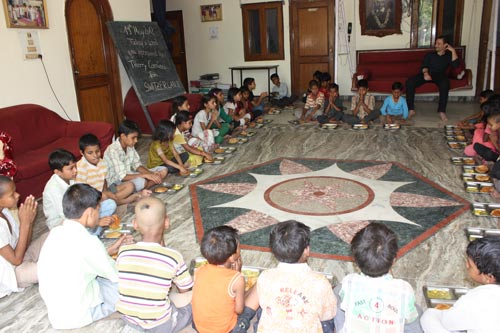 Yesterday I wrote a few suggestions what you should consider before you break a relation. Those are valid points but unfortunately people seem to forget them because I often see how friends have a fight and end their friendship. I see how families break apart because of this and how people change their partners frequently. I often wonder how come it is so easy to take this decision!

It is an interesting contradiction that you experience every day if you keep your eyes open. Singles are looking for their partners for life. They search everywhere and then finally they find someone. It all seems great, they are on cloud nine and tell you how overjoyed and in love they are. One week later they tell you that it is over. Why, you ask and you get to know a reason that seems to be just insufficient, which you believe is maybe a point to disagree upon but surely not a point of breaking up?

The same thing happens with friends. Some people have this habit very badly that they can go together with one person only for a short time before they find some kind of fault, some reason to end the friendship. An explanation to others always seems quite poor and not understandable.

Among family members, too, this kind of thing happens although it may be a bit more rare – after all where would you get another sister, brother, father or mother from? It does happen though, the decision to be apart comes easily and quickly to some people.

The point that contradicts this however is that the decision to love someone, as a friend or a partner, is so difficult to many people. They start getting to know someone and they get along well. They meet once, twice, several times. They visit events together, eat together and more but they hesitate of calling the other person a friend. Even worse when you have to decide whether you are partners or not. Some people kiss but still hesitate to call the other one a boyfriend or girlfriend.

Even more difficult is the decision to actually marry the one you love. We joke here sometimes and call it the ‘trial period’ before making a purchase. It is however a serious matter because people are really afraid of making a decision for a lifetime. Could it be that the other one is maybe not ‘the one’? There seems to be always a tiny bit of doubt until they are finally convinced that there won’t be anybody better coming around.

So on one hand it takes a long time to make the decision to be together but on the other hand the decision to break up or finish a relation is made in seconds. I think it should not be like this.

It doesn’t matter whether it is a friendship or a partnership, you should have a big heart for others. Let them come freely. The other person is also a human being who does mistakes. You, too, could be in that situation. Don’t just break. If you forgive instead, you give the other one a possibility to learn and to improve. Maybe it was a mistake only in your eyes. Maybe it is only your perception and with a small change of view or a bit of time, you suddenly don’t mind that anymore. We are humans, be human and love.

Producing Daughters until finally there is a Son – 9 Apr 14

Eat consciously and know what you are eating – 4 Feb 16