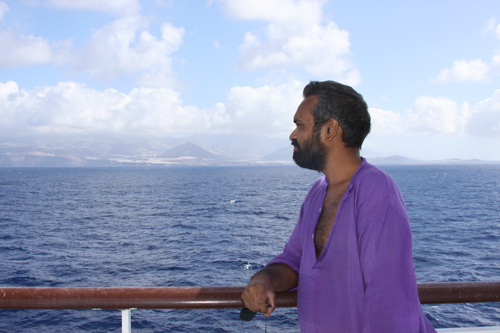 After having written about the challenges that a western woman may face if she comes to live with her Indian partner in India, I would like to turn the tables around today and probably in the next days as well. What if the Indian man moves to the west instead? There are more things than only the adjustment within your relationship! And one very big one is the change from the joint family living in India to the individuality that is very normal in nearly all western countries I have been to.

For one, you are most probably not going to live together with your partner’s parents and other family members. If you have never heard of this before, it may sound a bit strange to you but in the west, it is normal that a child moves out of the home at the age of 18 or 20. It is not because they have problems in their home or don’t get along – it is simply how things are done. And while in India, young adults may also go to another city for their education, they normally return home afterwards, if they somehow can, so that they can live with their joint family.

In the west, children are trained from the very beginning to be independent. It is individualism, a thinking of ‘mine’ and ‘yours’ which may seem very strange and impersonal to you at times. Most of all, it may feel very lonely.

As a man who has grown up among siblings, aunts, uncles and grandparents, it can feel strange to come home to an empty flat. No laughter of children, noise of chatting family members or pots and pans in the kitchen. Maybe the noise of one single person, your partner, in the house – how much can that be? Anyway, there is much less noise in most parts of the western world than there is nearly always in India – but you notice it most in your own home. You have to get used to the fact that it is only the two of you – or work on a baby real quick!

Additionally however, you have to realize that this also means that family people are just not as close to each other. They are normally not as overwhelmingly emotional as Indians are! In Indian tradition, the son-in-law is welcomed in his wife’s home just like a prince. If you expect this kind of welcome in your in-laws’ home, you may be terribly disappointed – simply because they are not that emotional and don’t make such a celebration out of relations as it often happens in India!

Obviously, there is also love in between family members in the west and there are big differences in between individual families when closeness is concerned. Again, it depends on all the different people involved.

Should you feel lonely however, remember why you came to this foreign country – to be with the love of your life! So get up, think of something nice and concentrate on your relationship! Or on wondering about the other changes of your life that come with the change of country and culture you are living in! I will write more about them tomorrow.