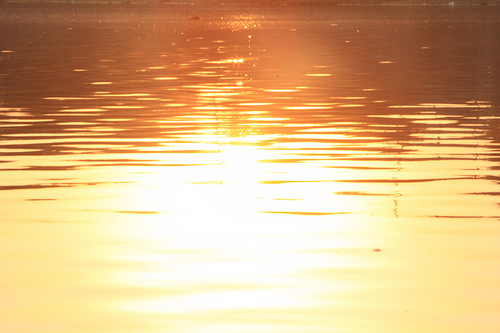 I already told you that I got to know a lot of people in 2005 and from that a lot of friendships emerged, too. Today I want to tell you of a man whose eyes I had to open for him to see the reality of the guru he was following.

This man came for an individual session with me first, asking for help with some personal, emotional issues. We thus talked the complete time, he told me of his problems and I explained him my point of view. As he liked it, we did not only do this session but he came back and also for meditations until he one day invited me to his home. We had got closer and I was always happy to go to a new place to do some program, so I accepted the invitation.

When I entered his home, he and his wife did everything to make me feel comfortable and I did. I could not but notice however that they had some pictures of an Indian man whom I recognized as a quite popular guru who travelled in the west and made followers there. My friend kind of introduced me, too, and when we were sitting together later, he reached inside his shirt and took out a pendant, showing me the picture of this guru on it with the words: ‘He materialized this pendant for me!’

Oh, that was a difficult situation now. I liked my new friend very much and had now got to know that he was being cheated by an Indian guru in whom he obviously believed. What should I say? Just nod and pretend as though I believed in such supernatural nonsense, too? I knew that these people use lots of tricks, just cheap magic tricks, in order to attract people and make them follow them.

To make it short, I carefully started telling my friend that he had been fooled. At first he could not believe what I was saying but I could give him many nice examples of how popular fraudulent gurus had already been exposed on camera when they pulled out similar pendants from their sleeves, crushed ash tablets to ‘materialize’ ashes and even ‘regurgitate’ golden eggs which they had in their handkerchief the whole time.

I was trying to be soft because I knew how hard such revelations could hit home. Some people were really very devoted and are devastated when they learn that their gurus are just simple cheaters. My friend, too, had had a strong fascination and the fact that he was by nature a little bit naïve or willing to trust someone easily, only increased the problem. I thus voiced my opinion carefully but very clearly, too, making clear what I thought of such charlatanry.

The reaction was surprisingly quick and painless. My friend took off the pendant he was wearing and put away the picture of this man who had been a holy person for him. He had been disillusioned and in the coming visits that I paid to his home, I did not see this man’s picture or the pendant anymore. We laughed about such magic tricks a lot later.

There was however always a little thought on my mind: was that change not a bit too quick? He did not know me very well and after just a few sentences, he threw away a man whom he had believed to be holy? I decided to mostly ignore this thought as it would not have done any good in deepening our friendship. Later on however I realized that this was the first sign that my new friend’s mind was not very stable and could change within a few minutes.