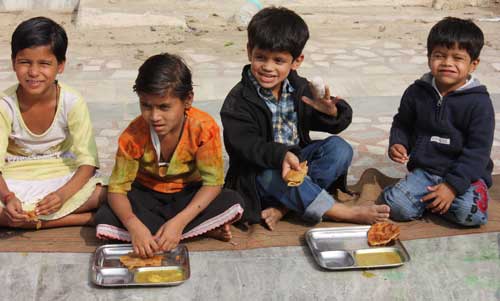 Criticism is always a rather difficult topic. Sometimes you feel that someone is not doing something right. You want to express this feeling but what is the best way to do it? Expressing criticism is not always easy.

Imagine you have a conversation with your partner about your relationship. You are not happy. When you start criticizing your partner though, you just say that: I am not happy. What should your partner answer to that? Really, what should he even feel about it? His – or her – next question should normally be ‘What exactly is wrong?’ Don’t let your answer be ‘I don’t know, just in general, it doesn’t work, it is the whole situation.’ This is not a fair way to say anything negative, especially about your relationship but also in general about any topic. You need to be more specific. Tell your partner that you would like to spend more time together, that you are upset because he still calls his ex-girlfriend or that you would like him to help in the household. Whatever it is and whoever you are talking to, be specific.

So whenever you intend on criticizing anybody for anything, please first think about what you really want to criticize. A vague statement will not help anything. Your reason for criticizing is to change something and that can only happen if you know exactly what it is that should change. Of course it can happen that you are not absolutely sure what it is but before you then blame another person, first of all sit down, clear your mind and just focus on exactly that moment that annoyed you or that made you feel bad. Grab that point and find out what is behind the emotion. This will help you to be specific and it will help the other one to understand your feeling.

Don’t sway from the main topic. Don’t start talking about other incidents and don’t say things that are not related to this topic. If you know what you are talking about, stick to that point and don’t confuse yourself and the other one by bringing up many more accusations that you actually did not even intend to voice. Whenever you have something, speak about it but speak about that topic and not about fifty other ones.

Closely connected with the two previous aspects is the last point that I mentioned: don’t get too emotional about it. That can be an extremely difficult task, especially when it is something important you are talking about. Let’s stay with the example of your relationship. You have just told your boyfriend that you want him to help in the household. You were specific, saying for example that you come home from work just as he does and that you don’t like it that he sits in front of the TV while you try to do laundry and cooking at the same time. I know that I am using common stereotypes here but you can use the following advice for nearly every situation: don’t start shouting at the other one or crying in self-pity.

Stick to the facts and don’t get into an argument. If you attack the other one, he goes into self-defense instead of trying to understand you. That will not help him and won’t change anything. You can, and should, obviously explain your feelings if they have something to do with the matter but also that should happen without pushing the other one into a corner where he can only react by a counter-attack. Be calm.

In the end, you have voiced your criticism in order to change something. Sometimes, and especially if you followed the above advice, it can make the other one understand what you mean and make a difference. Sometimes you may also need to accept that nothing will change. Whatever happens, remember the other one is a human being that deserves your respect and love. You could be in the same situation. Act accordingly and think of how you would like another person to express his feelings about your actions in front of you.