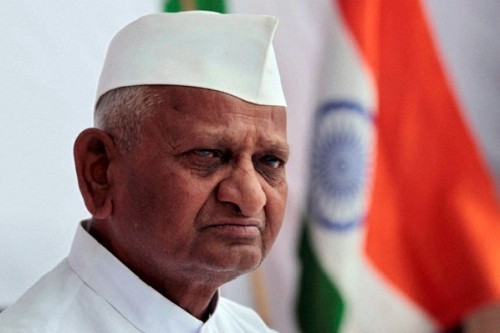 In the last days we witnessed a big drama in parliament about the Lokpal bill, the new law against corruption. The ruling party gave suggestions and drafts which the opposition party strongly opposed, as it is their role in this government. In the end they passed a very weak Lokpal bill. It is like a handicapped law that is not able to do anything. People are disappointed.

Everybody watching the scenes in parliament could see that it was only drama, a theater show staged for media and public. With this outcome however everybody knows that the politicians were only doing effort to save themselves. All these politicians who have decided about this law are corrupt. They know that they are the ones to go to jail if the law that they pass is strong and effective.

It doesn’t matter whether they are in the ruling party or in the opposition or even in one of the many small parties, they will go to jail. Members of the ruling party may take the risk of losing in the next elections because they brought a useless law but they will not risk going to jail. So they all created a law that will save them but will not help our country. In front of the camera politicians of the opposition put on a big fight but in reality they all know that they are all in the same boat. The majority of the politicians of our parliament is corrupt. There is no hope that something could change through our government.

And what about the big hope of this country, Anna Hazare? Today he seems to be just another cunning politician, nothing else.

Hazare and his team had a big plan for these days: they wanted to do another fast for three days, starting on the 27th December and ending on 29th December 2011. After that they wanted to make a big campaign, filling the prisons of India with the support of the people. They called the Indian population to go to offices of ministers and to enter in buildings of official work where they are usually not allowed to go. They should remain peaceful and have themselves arrested. Anna Hazare himself was planning to go to the head of the ruling party, Sonia Gandhi’s home. Obviously there is a lot of security in that place and trespassing would lead to being arrested. They had asked the Indian public to voluntarily go to jail in order to fight against corruption.

Yesterday however, on the second day of the fast, the 28th December, they cancelled the whole campaign. The fast was cancelled as well as their plan to go to jail. Their reason? The government is cheating with this weak law and we think it is best to oppose them in the next elections. Obviously you will oppose them, that we knew before but why did you cancel the current campaign?

Some people ask whether the team Anna got money from the government and were bought. The most popular idea and what I believe is however that they did just not see enough people when they started their fast in Mumbai. About two thirds of the grounds where they were fasting were empty. This does not mean that there was nobody but it was not the overwhelming response they had expected. So they cancelled.

But why were the grounds empty? Because the Indian public had already understood that they were not really interested in fighting against corruption but in their own politics and their own benefit. They got a confirmation by this cancellation: Anna Hazare and his team want popularity and are not interested to fight against corruption if there are not millions of people visibly with them.

The media previously reported about every little step that Anna Hazare did. They greatly contributed in the success of the campaign before and I believe they did an important contribution in making his fight public. Now however I think it would be best if they just left Anna Hazare alone and ignored him and his team. We should not give further importance to him – we feel cheated and see that he did his politics for his own ambitions. It is unfortunate to see that with this amazing success in August, which was actually due to people's anger against corruption, he could not manage to keep people's faith and love for him because of his ego.

In June Baba Ramdev ran away from the fight, now Anna Hazare gave up. The innocent public of India feels fooled by so-called social activists like Anna Hazare and his team. They wasted time, money and energy and got nothing.

What will happen to our country now? Corrupt politicians will keep on sucking money out of people who have already got used to giving extra money on every corner in order to get their work done.

Still jealous when your Ex kisses someone else? – 24 Sep 12