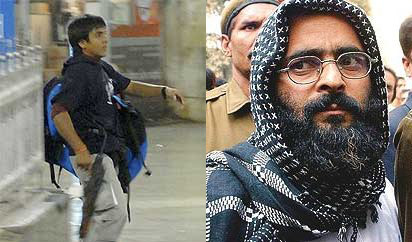 In India the topic of death penalties is being debated these days. How come? On 21st May 1991 India’s former Prime Minister Rajiv Gandhi was killed. In 1999, four people were sentenced to death as those who have been planning his murder. After several refused appeals in different courts, one of them, a woman who was pregnant in the time of their arrest, was pardoned. The rest of them were supposed to be hanged on 9th September 2011.

The three men who are still on death row come from Tamil Nadu, a southern state of India. The Assembly of Tamil Nadu passed a resolution to ask the concerned parties to reconsider this death sentence again and simultaneously the high court of Tamil Nadu has now put in another objection to their execution and it has been stayed for another eight weeks. They submitted their pleas for mercy already in the year 2000 and the President took eleven years and four months to reject them. They have been waiting ever since they submitted their mercy plea, never sure whether they would have to die or not. Their lawyers now argue that this long waiting period is a reason to commute the death sentence and that the death penalty would now, after such a time, be immoral, illegal and unconstitutional.

There are more such cases. Afzal Guru, a man from Kashmir was found guilty for conspiring an attack on the Indian parliament in 2006 in which several people were killed. He was sentenced to death for this crime, too. Until today the government has stalled his execution and people say it is because he is a Muslim. If they execute him, they will lose the votes of Muslims and there might be bigger conflicts again with different Hindu and Muslim groups already announcing big protests if any decision is made. He himself tells the government it was a mistake to ask for pardon, hang me now! He knows exactly that they cannot hang him now. The government is impotent. Following the example of the Tamil Nadu Assembly, a member of the Kashmir Assembly gave the suggestion to make a resolution in Kashmir, too, to ask the concerned parties to pardon him.

I wonder what the Assembly actually has to do with this? It is dangerous if we start such traditions of defending the criminals of the own area. This will divide all politics into areas and everybody will begin having sympathy with the criminals of his hometown.

A third example is Ajmal Kasab, the Pakistani terrorist was the only terrorist caught alive in the terror attacks of 26th November 2008. He was found guilty for the deaths of many people and he came there to die. In front of court he told different stories every time when asked and even spit on the judges. He doesn’t care about his life but until today he has not been executed. No, the government spends money protecting his security in jail.

If you look at these cases, don’t you have to ask yourself why we still have this death penalty? If you sentence someone to death, how come you never execute them? By principal I am not in favour of death penalty. I have written about this before, too. In today’s civilized and developed society it is appropriate to stop this and according to Amnesty International 137 countries worldwide have realized that and abolished the death penalty. But if it is part of your judicial system, you should also do it! They are criminals and you want to kill them, do it. But don’t play a game with the lives of people! Don’t do your politics with the lives of men! If you have this law, do it. If you don’t have the intention of killing them, don’t even sentence them to death! What is the meaning of such a law if they do a crime and then their religion or area does everything to get them pardoned and they have to wait for years. Lawyers are right in saying that this is torture, immoral and illegal! Death penalty may be inhumane but what would you call keeping a person waiting for his own execution for years?