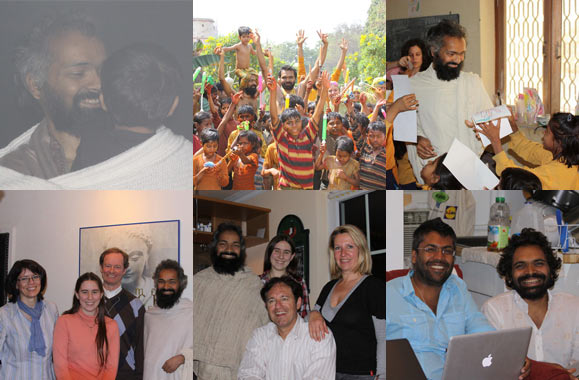 Another year is over and another 365 pages have been filled with words of my diary. As always, after a whole year, it is difficult to say ‘it was a good year’ just as you cannot say ‘it was a bad year’. It is a big mixture of situations, events and emotions. In my life changes occur very quickly, especially because we ourselves are always moving and changing. You cannot put it all together in one or two words and this is why I want to go through the year by months. Luckily I have these diary entries. With them I can reread what happened and give you a short summary of my year.

We will end this year exactly where we started it: at the Ashram in India. I remember that the beginning of the year was unusually cold. The whole January was foggy and cold and the children had several days off school because of this strong winter. Nevertheless we were glad we were in India – in Germany and many other places of the world there was a big snow chaos.

Very fast after a cold first month, spring started in Vrindavan. Nearly the whole month of February there were thousands of people more in Vrindavan than usual because of the Kumbh Mela. This biggest religious drama on earth had a station in our town before continuing to their actual destination place in Haridwar. They moved on but we remained in Vrindavan to enjoy the festival of colours, Holi.

Right after celebrating the festival of colours we read that so-called enlightened master Nithyananda also liked to celebrate a lot – with women in his bedroom! I wrote about his sex scandal and my opinions about such gurus. Whatever Nithyananda was doing in that time, we kept on celebrating. It was Ramona’s birthday and we spent a very happy time with visitors and guests at the Ashram. In the end of March we left the Ashram and safely arrived in our Wiesbaden Ashram.

In April we started our tour in Europe and on the way I wrote a lot about dishonesty and cheating. Cheating on a partner in a relationship and being dishonest in your business, especially in the spiritual and esoteric scene. The month personally however was filled with honest friendship and love, meeting and living with many wonderful people. We of course came to Erkelenz, another place that is like home, where our friends Sonja and Peter welcomed us. In Bocholt, where we went for the first time, we deepened a beautiful relation to the family vom Kolke. I enjoyed the energy of the little Konstantin and I experienced the best pizza and ice cream of Germany.

We began the month of May with Regina, Jens and Celina and a few days later spent a happy time with Michael and Andrea in Lüneburg. We then managed to take a few friends along with us to Copenhagen to a fabulous Chakra Dance Party. May, too, was a very happy month. Half of May we spent travelling in Europe and then started towards America. At first we were with our friend Asheem in New York before we moved on to sunny and hot Texas.

We came back to New York in June and actually spent the whole month there. In this long time I of course got to know American culture better. I could not help but start comparing America, Europe and of course also India with each other and got the confirmation that American culture is difficult for me to live in. It was not a good month, actually the saddest and most disappointing month of the whole year. It was the month in which I started thinking whether those people whom you call friends are really friends.

In July we were back in Europe. You know I am not good with living with negative emotions. So I quickly recovered and found my happiness again. We went to Switzerland, travelled some more, enjoyed more time with friends again and even had a swim in the North Sea.

In beginning of August we came back home to the Ashram. It was monsoon time – hot, humid and rainy. We enjoyed the first half of August playing with children in the rain but with the end of August, the water of the river Yamuna had risen so high that whole parts of outer Vrindavan were flooded. We started helping.

I want to thank everybody who supported us in helping those who were in need in that month. People had lost their homes and we offered them space in the Ashram. We distributed food several times and even cooked it on the spot. We gave them clothes and we offered medical support to prevent fever and other diseases from spreading. It is a month we will remember because of the many efforts we did to help those whose houses were standing in the water, who were living on their roofs, praying that the water will go down. It was only possible with the support of many people from abroad and from India!

With October, better weather came to Vrindavan and with that our friends from Germany. From nearly a year of interesting experiences I was inspired to write a lot about friendship. It was also the month in which we started the daily yoga for our school.

In November we had the Ashram full with participants of the Yoga Teacher Training, the Ayurveda Yoga Holiday and volunteers. They celebrated Diwali, the festival of light with us. In the last week of November, we started to Germany for a short trip. This time Purnendu was also with us to celebrate how Ramona and I signed a paper which does not make any difference in our love but in necessary bureaucracy.

In December, Purnendu was back in India, Yashendu went for work to Taiwan and Ramona and I were travelling in cold Germany with snow all over the country. This time our journey was not intended for business but to visit friends and family in Bocholt, Tornesch, Lüneburg and Augsburg with Ramona’s father. We enjoyed the pre-Christmas time in Germany and just right before Christmas came to the Ashram so that we could celebrate Christmas in India, too. Thomas and Iris joined us on our flight and in the celebration which had even more German guests as Hans-Christian, Annick, Sophie, Lotti and Konsti also arrived in India. Celebrations went on with Sophie’s birthday and we will end the year with yet another big celebration tonight.

So you see, each year has every emotion and what remains as a memory in the mind in the end, is of course happiness and love. Changes happen as always but they are for good. I want to thank all my friends all over the globe, those whom I know and those whom I don’t know personally, my family of course and also you, the one who is reading my diary and makes it worth to write 365 days a year without missing even one. 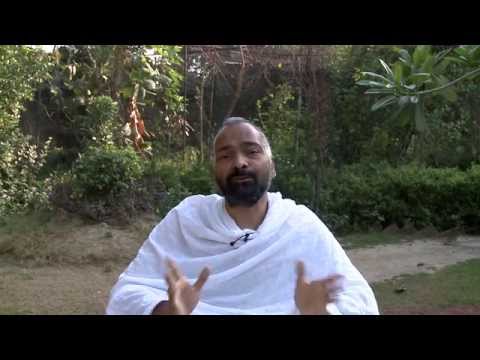 Fantasy of Peace and Love without Borders, Religions or Ego – 2 May 09

Daily Hypocrisy among Followers of the Caste System – 18 Jun 12