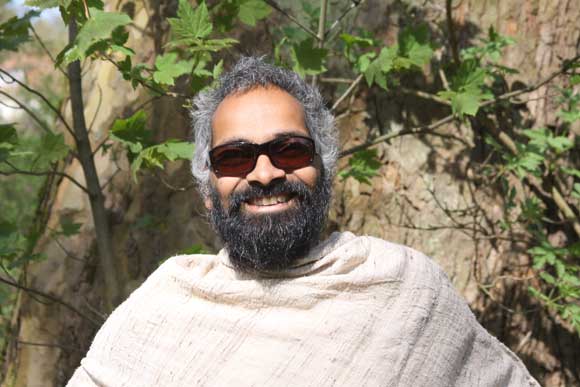 After writing and posting yesterday’s diary entry about Sathya Sai Baba, I was verbally abused on facebook by someone who is obviously a follower of this fake guru. It was a bit funny as I have talked and written about Sathya Sai Baba before, too, and that person could have known that I am not at all in favour of such fake Gurus. Nevertheless, there were several abusive comments posted on my facebook wall which I had then to remove.

This was not the first time that such an abuse took place. In the past, too, when I was writing about Sathya Sai Baba or Nithyananda, Kripalu, Prakashananda, Kumar Swami, ISKCON, Baba Ramdev and all of those gurus’ lifestyles, people talked bad about me, asked me why I wrote in this way and just openly used insulting words and abuses. That happened on facebook, with comments on this blog, through emails and even by telephone calls.

I am an Indian citizen, India is a democratic country and I have freedom of speech there. I am right now sitting here in Germany, another democratic country with the right for free speech and I can say what I want and what I feel. Followers and fake gurus cannot stop me in this way.

I feel a responsibility for our society and fellow men, to inform others about things that they might not know yet, so that they don’t get cheated. This is what happens, people get cheated! And if there is any chance that I can make them more careful and aware through my words, I will try. Those cheaters show cheap magic tricks, call themselves God and pretend to be able to materialize things as well as cure every disease. This creates a wrong hope in others, they believe that they can really get help and all that happens is that they are disappointed. I want people to take their own responsibility.

I am fully against all these fake gurus and babas that make unrealistic claims and promises. I am additionally against anything and anybody that encourages others to do human worshipping. If you see all those gurus, they have the strong disease of wishing to be worshipped. They and their followers obviously don’t like it if I talk like this and against them.

There are others like me, too, who write against fake gurus and show others why they are fake. They, too, have to face such attacks. I have read about the experiences of the owner of this blog and the person who is running this facebook page and I feel that their difficulties and what they have faced from followers of those gurus is similar to what I experience with my own blog. I appreciate their efforts and the help that they give to others by unearthing the truth.

I believe that writing in this way will make people happier than blindly following like sheep. Take responsibility for yourself and your actions. I guarantee that you will be able to live a more authentic and happy life with more love.

Come together to help Farmers whose Crop was completely destroyed! – 12 Apr 15

Disappointment in Love and Sadness because of Love – 28 Dec 09

Recipe for delicious and healthy Chard with Potatoes – 20 Sep 14