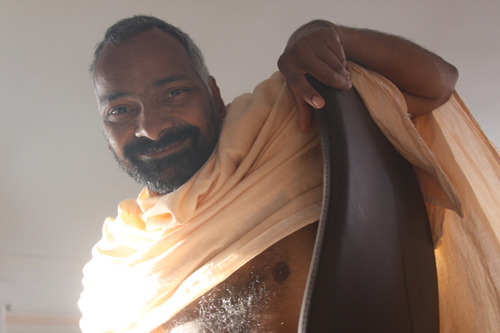 Are you a writer? Maybe not even an author of published books, maybe not even the writer of a blog, just someone who enjoys writing – and puts the results into public from time to time? Yes? Then you may have experienced something that I want to write about today: the shameless copying of our incredibly clever, hilarious and never-before-seen original content.

Yes, it happens. It has always happened in the course of history and it will always happen – but the methods will keep on changing! I have already made plenty of experience with that!

When I was still giving lectures in India, there were people who saw the success and wanted to give lectures like me. The best way? Take notes and do it yourself! In older times – that sounds like I am old but technology has progressed really fast! – there were tape recorders with which people made tapes of their own lectures and sold them. Or of other people’s lectures. Then they would sit at home and learn each word of the lecture along with the tone and emotional expressions. In the end, I am sure there were several people who could give a lecture that sounded just like me. But I always imagined them finishing the lecture and running off the stage as fast as possible, so that nobody could ask them any questions! They would never know an answer!

I didn’t know then and I don’t know now who exactly is using my words. Online however, you sometimes find snippets and sentences which you have the feeling you have read before. You read them and you think ‘I agree from my heart!’ and when you read on, you think ‘Wow, it is as though I have written this!’ and just a moment later you realize: ‘Hey! I HAVE written that!’ Not only one line, not only two, complete blog entries, 600 words and more!

Sometimes I wonder whether I should be happy that they actually took my text as it was – instead of butchering my carefully structured sentences, tearing them apart and inserting mindless additions, claiming the text to be their own after that!

Once I was asked to write the introduction, the foreword to a book. I did. I got a copy of the book. I saw my name. Just the words were not mine! Maybe I should feel flattered though that I am popular enough to have random quotations attributed to my name… He had changed my foreword and added his words. Inside the book however, I found many of my words and of course, he was now the author of this book – and officially of those words as well.

Oh well, it is the bitter fate of a writer. But then again, I think, I should look at it like charity: recently I confronted a man on whose facebook profile I had repeatedly seen my statuses – without my name or a link to my page or website. At first, he regretted having been caught – and promised to change. With the second time, he apologized, ‘It has become a habit’. The third time, the truth was finally revealed:

‘Oh, you know, after I posted your words people actually started believing that I am smart!’ A little bit of charity for the good image of a fellow human?