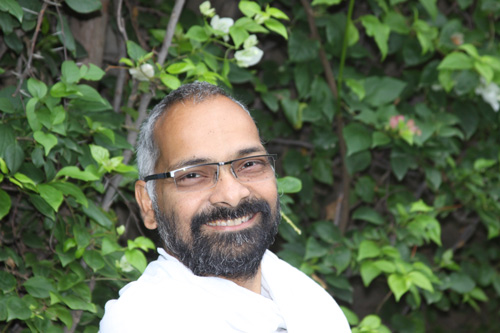 While writing so much about habits in my home country India and also in my home country of choice, Germany, I obviously also noted whether I fit into those stereotypes or not. I had a few thoughts to that and didn’t want to keep you in the dark.

I am a very non-formal person and have always been, but nevertheless there are of course elements of a culture that you adapt when you live in that culture. This is how I also had for example the habit of saying ‘no, no’ first and then accepting something anyway after the other person insisted a few times. It is just the common form of being polite and nice. There was once incident though that changed this habit forever: when I was in Germany, on my first trip, I visited my first German friend, Dr. Michael Kosak. He knew I was new in Germany and he wanted to give me some money, saying ‘Keep this, you may need it some time’. He had it in his hand and wanted to pass it to me. In typical Indian style I refused but he came forward, placed it in my hand and said firmly ‘Money is the thing that you should never disrespect by refusing it!’ I followed his advice ever since and don’t do the ‘No, no, I cannot take this’ anymore, not only when money is concerned but also with other things that I don’t want to disrespect.

I now tend to ignore this and similar socially popular games. When I offer something, I just put the option out there. If they want to take it, they will have to take their chance the first time or learn it for the next time. I just don’t keep on insisting and often just explain that I am not that formal.

I also don’t enjoy this same process of insisting and refusing when it comes to food. I am honest and clear – if I cannot eat more, I will tell this to the person who comes by and wants to put more on my plate. Once I was eating and the woman who distributed kept on urging me very much to eat. After having refused at least five times, she still placed food on my plate and then I just let her put more. And she came by again and put even more. In the end, I was done and the plate was full. I just got up though – really, I had told her often enough that I could not eat more! Tell me, what should I do: it is your food but my stomach and body and I have to take care of it!

I have also written about Indian Standard Time and the Indian idea of punctuality – which contrasts very much with how Germans regard time. I got to know this while working in Germany and although I was never very late, I developed a new punctuality and am now normally very much on time.

In the long time living abroad, my mind and habits have changed a lot and although I was never very formal, I have got rid of the remaining formalities, too, I believe. Now I find myself quite often in the situation that I have to explain visitors about my lack of formality.

When someone invites me, as I wrote yesterday, I really answer honestly, for example that I hardly go out in Vrindavan and that I will thus probably not come to visit. If they insist five times however, I often get tired of explaining myself and just agree, joining the social game again, succumbing to politeness, formality and cultural habits.

If you see it as a game, as I often do, it is fun to play with your own reaction and observe the reaction of others. What I enjoy most however is if the person in front of me also drops all formalities and we can talk from heart to heart. Luckily, this is the beauty of Indian culture – once you are past the formalities, people are ready to open their feelings and heart. Yes, every culture has interesting aspects and I enjoy exploring the basics of at least two cultures!