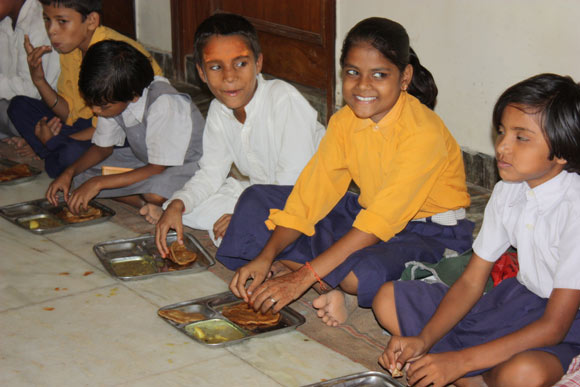 I would like to continue the topic of the last week and keep on writing about teenagers, children and parents as well as their relation to each other.

I have been travelling and working in the west for more than ten years now and I have met thousands of families. One thing that always surprises me and which often makes me sad and disappointed is how children and especially teenagers talk with their parents in the west, lacking every possible respect.

I come from a very different culture in which I have learned to give respect. I am very thankful and proud that I have learned it. I never spoke in the tone and language to my parents as I hear teenagers talk to their parents here. They use an abusive language that I could never imagine any child to use in front of their parents! Which words they use and in which tone they speak! They just abuse their parents with the worst words of their vocabulary, screaming and yelling at them! Before I saw this in the west, I could never have imagined that this is possible and I would never expect anybody to talk to me in this way.

Worse however and an even bigger surprise was the response of the parents. They seemed to accept it as normal! Many parents don’t even react. It seems that it has become a normal talking tone and normal vocabulary for them. They accept it. In my opinion this acceptance encourages the child to get wilder and talk to them in an even worse manner. It is not right to make them feel that it is okay what they are doing.

When this happens in front of me, parents sometimes feel ashamed that their child got so aggressive, loud and disrespectful. In those cases I have often heard a great excuse: ‘That is the hormones in this age’. They try to convince me but also themselves that their child’s behavior is fully normal. In puberty and teenage, it is normal to behave like this. Every child does this because of the change of hormones in that age. I really wondered a lot about this explanation. I have also passed my teenage and so have my siblings and friends but I never behaved like that and never saw any of my siblings or friends act in this way. We have had many children at the Ashram for whom we are the parents and I never heard any of them speak to us like that. If the reason really were the hormones, wouldn’t everybody have that, regardless his country of origin or culture?

In fact, this is the worst excuse I ever heard but I know where it comes from. Parents don’t want to admit their mistakes and don’t want to realize that it is also their fault. Their children lack respect and just didn’t learn how to talk properly to their parents. Their parents in turn try to justify this. Let me tell you however, if you do this, it is another mistake! If your children hear you justify their behavior and if you think it is normal, they will get more and more wild and will not stop insulting you in ever worse ways! They can also say ‘It is the hormones’. You showed them that you approve of this explanation, so it doesn’t matter if they are disrespectful, smoke, drink and do what they want, no matter what you think about it.

Those situations occur especially in developed countries where manners have a very big value. People often think of Indians as a rural population, like tribal people, wild and without proper manners but I don’t see this there, I see here, in the west, that children just get wild and parents accept it! Nobody makes an effort to change them! How come? What about their manners? You teach them how to use cutlery properly and when to say thank you and sorry but you are not able to teach them how to behave and talk to their parents? Why can’t you give a clear guideline on what you want to hear in your home?

Set limits! Be strict about them! Teach your child respect! You have to make clear that certain vocabulary, a certain tone and also a certain volume should not be used in any kind of discussion with you and in your home. If they are warned and know that there are consequences, they won’t do it. If you accept it and give excuses and justifications, they cannot learn it.

Of course you are not supposed to give them the wrong example by talking to or about your own parents in this way. If you do this, you are in no position to control your children because they learn it from you. If that is not the case however, and the child learned this language and behavior from friends or in school, you have the possibility to stop them. Give them a clear and strict limit and don’t make exceptions.

If you have difficulties being strict in this point, realize the consequences of this behavior. Maybe you can bear it because they are your children but what about the people around you? Your children do not learn to have respect. They don’t respect the love you give them and what you provide them and they will not respect anybody else either. They take things for granted. Whatever you have provided them, whatever they get from anybody else, their own comfort, their own security, love, happiness and more. Children without respect are not thankful, also not as adults. Additionally they don’t even respect themselves. They start having psychic problems, don’t love themselves and don’t respect their body and feelings. Sometimes they even start hurting themselves. And there is nobody to stop them and set them limits. If they are not nice to you, why would they be nice to themselves?

See these consequences and realize that you set those limits and are strict so that your child has a good future. Children need to learn respect.