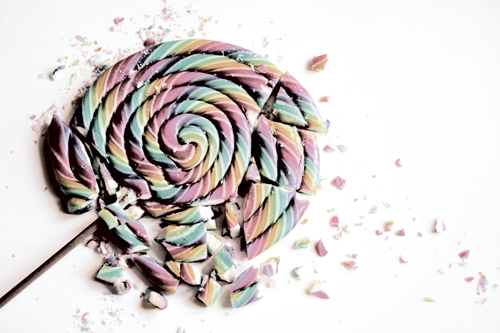 While I yesterday described the two kinds of physical violence that people often use on children, I today want to add a blog entry for another kind of violence which may, at first, seem less cruel, but which also has a devastating effect on children: violence through words.

While a lot of people will now think I am talking of speaking gently to your children in a nice tone and the subtle violence that you convey to your children through your daily talk, I am actually talking about something very obvious and clear. Violence that you can hear in a normal Indian family every day and actually every hour: ‘Mar lagegi’. ‘Pitai hogi’. – ‘I will hit you’. ‘I will beat you’.

Just as slapping their children has become a habit to a big part of Indian parents, they don’t even notice anymore how many times they threaten their children with becoming violent. Some become more creative – if you can use this word for such cruel behavior – and describe more in detail how the children will be beaten black and blue, that it would hurt so much that they would not be able to walk anymore or that they would break their bones. Yes, break their own children’s bones.

And then you wonder why your child is so aggressive towards younger siblings? Cruel towards animals? Only playing fighting, beating and murder?

‘I would never really do that’ is the answer that one gets when asking why you say such things to children. Then why do you say it? Don’t you think when you have said something like this fifty times, your child will know that you won’t? I told you some months ago about an incident when a woman warned her son that Ramona would hit him if he didn’t eat properly. This woman had said ‘I will hit you’ so many times already to her two-year-old that he didn’t react to it anymore. She had to say that a stranger would hit him – shocking Ramona with her words and leading to a little lecture about things that should not be said in our Ashram.

Your child picks up everything you say, saves it as information and uses it when interacting with others. Even if you never hit your child, saying such things is less than a good idea. It instills violence in your child’s mind and creates a behavior which I am sure you don’t actually want to encourage!

You are the biggest example to your child, the most important person in his or her life. So show your daughters and sons that acting with love throughout the day will bring much more joy and happiness than being violent or threatening with violence. Discourage your kids from playing fighting or beating but play, dance and sing with them instead.

You will notice how their behavior changes along with yours!