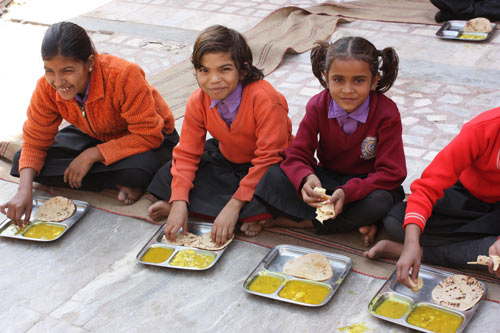 Yesterday I mentioned that comparing your life constantly to the life of others will most probably make you unhappy. As usually you are the one that makes yourself unhappy, there are many other ways how you can achieve that, too. Another example is constant criticism. Practicing the art of criticizing everybody and everything else around you is a pretty sure method to reach unhappiness.

Constant criticism means that you see something and the first thing that will leave your mouth is not a praise for what you see but criticism. You meet someone and although you may even like the other one, you will mentally note all the points that you could criticize about him. Even if you get to appreciate something, for example a dish that your partner cooked, you will not say ‘Wonderful, just perfect!’ but instead something like ‘Yes, that is quite nice but you could have added some cinnamon!’ or ‘Great but don’t you think the salt is a bit too much?’

The worst thing about it is that it makes you a very negative person. Criticism becomes your habit, your all-time thought and makes it impossible for you to really enjoy the good things in life. You see something nice and you could really actually enjoy it but instead you investigate it and try to find anything that you can criticize. On the long run this will make you unable to enjoy anything because you are focused so much on the negative that it is just impossible to see anything positive.

Once you have reached this advanced state of being a criticizer, you will notice how people in your surrounding will find it difficult to be with you. It is not fun! Whatever they show you will be criticized. Whatever they say will be criticized. Never a good word coming out of your mouth without at least a tiny edge of criticism! Who would enjoy spending longer periods of time with you?

If you wanted to make yourself unhappy, you are now really getting close. You have reached the point where things happen nearly on their own – people don’t enjoy being with you, so they just don’t get in touch anymore. You get more and more lonely and are longing for company but know that you cannot enjoy with them either because nobody is perfect and nobody can escape your criticism. Unhappiness follows straight and its symptoms are physical and mental problems. Congratulations, you have succeeded in reaching complete unhappiness!

Now if you prefer going the other way instead and try to achieve happiness, I would suggest stopping your tongue before you voice a lot of criticism. If someone asks you for your honest opinion, check yourself before you reply: what are the positive things you can say? Are the negative things you are about to say really what you think or did you forcefully search for them? Stay positive and keep your criticism low – your chances of succeeding on the way to happiness increase!